Europeana Space is establishing a Technical Space as a framework for storing, accessing and processing cultural heritage content and metadata. Based upon IPR licensing, curators, scholars, professional users and developers will be able to search for and manage resources within … END_OF_DOCUMENT_TOKEN_TO_BE_REPLACED 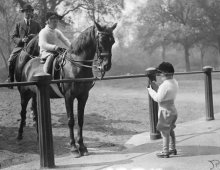 The review meeting, hosted by the project Coordinator Fred Truyen at the premises of KU Leuven, welcomed the Project Officer Krzysztof Nichczynski and the reviewers Makx Dekkers and Tom Wachtel with whom the Europeana Photography WP leaders had the possibility to illustrate and discuss the project achievements. Photo courtesy TopFoto.co.uk END_OF_DOCUMENT_TOKEN_TO_BE_REPLACED

Antonella Fresa, Technical Coordinator of PREFORMA, attended the second concertation meeting for on-going PCP projects in DG Connect, organised by the European Commission in Brussels on the 5th of March 2015. Presentations and minutes of the meeting are now available for download. END_OF_DOCUMENT_TOKEN_TO_BE_REPLACED

The EuropeanaPhotography project ended 31st of January 2015. To mark the occasion, we organized a two-day conference in Leuven on Thursday 29 and Friday 30th of January, under the theme “The Impact of Digitization on Photographic Heritage: Memories Reframed“. END_OF_DOCUMENT_TOKEN_TO_BE_REPLACED 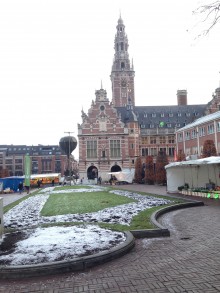 Important appointments organized by Europeana Space project in March 2015! The objective of Europeana Space is to increase and enhance the creative industries’ safe use of digital cultural content available in online repositories, by delivering a range of resources to … END_OF_DOCUMENT_TOKEN_TO_BE_REPLACED

The first international conference of the RICHES project concluded with success. The event, organised by partner Promoter in the aristocratic venue of Palazzo Lanfranchi, was attended by over 150 people.
International experts intervened as speakers, bringing their valuable contribution and offering new cues to the project research. END_OF_DOCUMENT_TOKEN_TO_BE_REPLACED 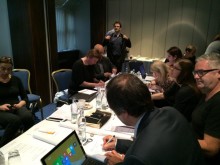 The great experience of the Europeana Photography project is near to its end: the project is finishing on 31st January 2015 with a big closing event in Leuven. But the end of the project is nothing else than what it … END_OF_DOCUMENT_TOKEN_TO_BE_REPLACED