the event, taking place in Leuven on 29-30 January, was attended by several E-Space partners

The connection between Europeana Space and Europeana Photography is stronger than ever, basing on a Cooperation Agreement and most of all on common themes of reflection and activites. 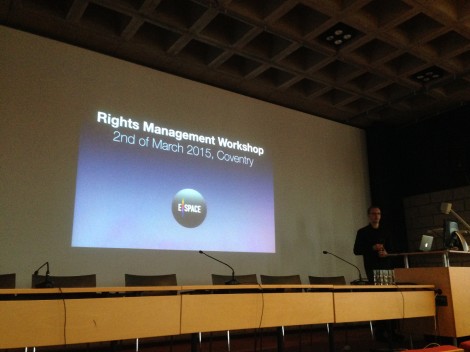 At the conference were present the Technical Coordinator of both projects Antonella Fresa, and some other partners of E-Space who were invited to participate: Frederik Temmermans of iMinds, who delivered a presentation of the project and announced the upcoming event of the IPR workshop, Joanna Zyliska of Goldsmiths, with a lecture entitled “Curating / Open / Images”, and Charlotte Waelde of University of Exeter with lecture: “Digitising photographs: thinking around originality”.

Also the Advisory Board member Nathalie Doury from Parisienne de Photographie was involved in the conference, in the double role of content provider of Europeana Photography and moderator of a panel discussion around the theme of IPR which is a very important theme for both projects.