Submissions are open until 15th September. The event takes place in October 22 to 26 in Turin. Registration is also now open.
VIEW Conference and competitions 2018 – call for films

The 2018 VIEW Conference is now accepting submissions for its 2018 film competitions: The VIEW AWARD 2018 for short animated films, which has a €2,000 first prize, and the ITALIANMIX award for Italian short films. The VIEW AWARD is open … END_OF_DOCUMENT_TOKEN_TO_BE_REPLACED

Historical and traditional irrigation systems as tools for the promotion of preservation of rural communities heritage.
Learning by the past: MEMOLA animation video

Memola project studies the formation process of historical landscapes in relation to the use of natural resources, especially soil and water, in order to define strategies for the conservation, diffusion and connection between cultural heritage and environment. The project produced … END_OF_DOCUMENT_TOKEN_TO_BE_REPLACED

The Japan Media Arts Festival is a comprehensive festival of Media Arts (Media Geijutsu) that honours outstanding works from a diverse range of media, from animation and comics to media art and games. The festival gives awards in each of its four divisions: Art, Entertainment, Animation and Manga. Entries are sought from professional, amateur, independent and commercial creators across the globe. Works completed or released between September 3, 2014 and September 9, 2015 are eligible for entry in the four divisions. END_OF_DOCUMENT_TOKEN_TO_BE_REPLACED

Short film created for Riot Games by award winning South African animation studio based in Cape Town
The Curse of the Sad Mummy, by Shy the Sun

Take a look at Shy the Sun’s latest project, a short film created for Riot Games. It has already had around 5.000.000 hits so far and is climbing! Shy The Sun is known for its fantastical character design and attention to detail in their work, creating magical worlds. Not to miss. END_OF_DOCUMENT_TOKEN_TO_BE_REPLACED

If all animals became round overnight, would their daily life still run that smoothly? Kyra Buschor and Constantin Paeplow created the animation world of spherical animals under the title “Rollin’ Wild, starting from a series of four clips presented at the Filmakademie Baden-Württemberg in 2012. The videos obtained a great success, so now Kyra & Constantin are working on giving life to more and more round animals for you entertainment! END_OF_DOCUMENT_TOKEN_TO_BE_REPLACED

The Japan Media Arts Festival is a comprehensive festival of Media Arts that honors outstanding works from a diverse range of media- from animation and comics to media art and games. Since its inception the festival has recognized significant works of high artistry and creativity, and in addition to a yearly Exhibition of Award-winning Works has held other events, such as symposiums, screenings, and showcases. END_OF_DOCUMENT_TOKEN_TO_BE_REPLACED 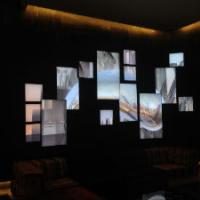 A large display of digital visual animation has been installed in the hallway of a building of luxury apartments in Chicago. The installation combines 2D and 3D animations, which are spread across 15 screens, with the intention of adding a unique aspect to the building’s modern architectural feel. END_OF_DOCUMENT_TOKEN_TO_BE_REPLACED

As children are now increasingly exposed to digital technology at a much younger age, the British Museum harnesses this opportunity to engage children with history and culture through new technology that they feel familiar with. END_OF_DOCUMENT_TOKEN_TO_BE_REPLACED

by Lucia Ruggiero The Pictoplasma Festival has announced the line-up of the event in Berlin in 2014, which will mark its 10th anniversary. The festival will include conferences and art exhibitions from artists from all over the world, including the … END_OF_DOCUMENT_TOKEN_TO_BE_REPLACED