The N.I.C.E. Award: The N.I.C.E. Award is an initiative by the “Network for Innovations in Culture and Creativity in Europe” (N.I.C.E.), which was launched in Dortmund in 2013 by the european centre for creative economy (ecce) with the backing of … END_OF_DOCUMENT_TOKEN_TO_BE_REPLACED

a series of events across twined European cities, on stationary bicycles equipped with virtual reality technology!
#BigArtRide from April to June 2016

The #BigArtRide tour is a part of the Europeana280 campaign to launch Europeana Art History Collections – and will celebrate the Dutch Presidency of the EU.
END_OF_DOCUMENT_TOKEN_TO_BE_REPLACED

About the Conference FTC attracts researchers, scientists and technologists from some of the top companies, universities, research firms and government agencies from around the world. Join us for FTC 2016, the world’s pre-eminent forum for reporting technological breakthroughs in the … END_OF_DOCUMENT_TOKEN_TO_BE_REPLACED

(Re)Collecting the Past: (Re)Making the Future 4th March 2016 – Centre for Dance Research (C-DaRE), Coventry University For the 6th edition of the Digital Echoes Symposium, we focus on participation as one of the most prominent legacies of the digital, in particular … END_OF_DOCUMENT_TOKEN_TO_BE_REPLACED 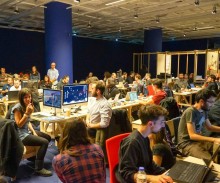 Preparations for the festival were ongoing for more than three months and the atmosphere of the event was never less than jovial and electrifyingly creative.
Hack The Book Festival: Celebrating the future of the book and cultural heritage

by Thodoris Chiotis, OCC. The Hack The Book Festival was held on January 22-24 2016 at the Onassis Culture Centre in Athens and it was a roaring success.  The Festival was twofold: it comprised of an educational workshop held under … END_OF_DOCUMENT_TOKEN_TO_BE_REPLACED

an hackathon to redefine the concept of the book was held in Athens.
Hack the Book Festival!

by Greg Markus (NISV) On January 22-24 the Europeana Space Project held their third hack event, the Hack the Book Festival. The event was organized and hosted by the Onassis Cultural Centre (OCC) in Athens in coordination with the Open … END_OF_DOCUMENT_TOKEN_TO_BE_REPLACED 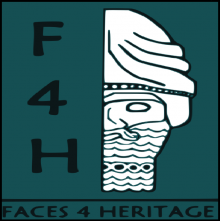 a social media campaign to raise awareness about the destruction of heritage by extremist groups.
#faces4heritage

Launched by USI Università della Svizzera italiana (a Swiss cantonal university based in Lugano, Canton Ticino, Switzerland), this initiative is endorsed by UNESCO and intends to promote peace through heritage preservation. USI recognizes together with UNESCO that “Heritage is our legacy from the past, … END_OF_DOCUMENT_TOKEN_TO_BE_REPLACED 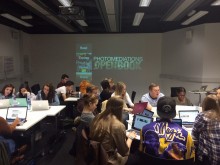 The students were asked to explore the Photomediation open book, test its usability and provide a detailed evaluation of their experience.
Open & Hybrid Publishing Pilot: Interactive Student Seminars at Coventry University

by Kamila Kuc, Goldsmiths On 23th and 30th October 2015 Ross Varney (Coventry) and Kamila Kuc (Goldsmiths) ran interactive seminars for five groups of undergraduate students at Coventry University, in which they introduced the main outcome of the Open and … END_OF_DOCUMENT_TOKEN_TO_BE_REPLACED

In force of the cooperation with sister project CRe-AM, E-Space representatives were invited to join a networking session organized by this latter in the huge EU event ICT 2015, taking place in Lisbon. The CRe-AM networking session aims to gather … END_OF_DOCUMENT_TOKEN_TO_BE_REPLACED

a perfect occasion to present Blinkster as an ‘easy to handle’ app solution.
Museums Pilot at the EDV Tage in Theuern (Bavaria, Germany)

by Marlene Scholz, SPK From the 16th to the 18th September 2015 the annual conference “EDV Tage” (EDP Days) took place in Theuern, a picturesque village between Nuremberg and Regensburg. At the 27 years old event German representatives of both … END_OF_DOCUMENT_TOKEN_TO_BE_REPLACED