Aura vs. digital: the concept and structure of theatrical world 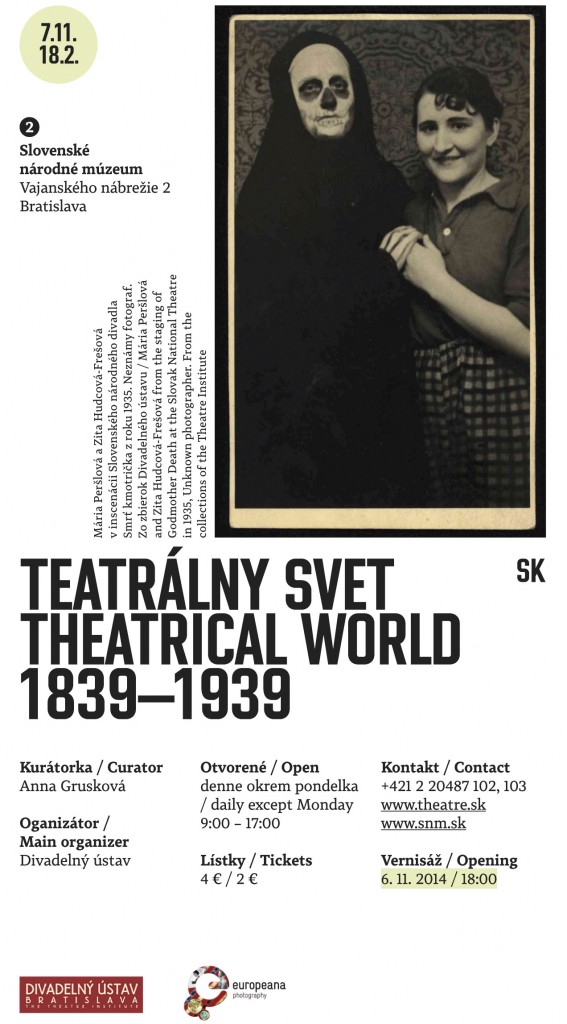 Even in the smallest town or village on the territory of today’s Slovakia we can find Romeos and Juliets, Kubos and Aničkas. But it was not only on stages that performances took place. Theatrical features such as prescribed text, costumes or elaborate set design were predominant in urban festivities in the past, as well as in rituals and festivities in villages. Slovaks from abroad brought their fondness for drama to their new homes, and documented it through photography.

The medium of photography enables us to look back into times when, rather than gazing at screens and displays, people posed with props in front of the lenses of those who captured for us their moving, theatrical world. The collection exhibited is the result of the Digitization project, and thus the majority of it consists of Digitized images. The specific features of a digital image are noticeable only when compared with the original. Thus, we enable visitors to this representative collection of original photographs to experience their aura.

The exhibition was originally inspired by a presentation of the results of the Slovak partnership in the international project Europeana Photography (European Ancient Photographic Vintage Repositories of Digitized Pictures of Historical Quality) and includes a selection of the images that were digitized in the framework of this EU-funded project.

The exhibition is part of The Slovak Month of Photography 2014.

This exhibition was produced by The Theatre Institute of Bratislava / Divadelny Ustav in collaboration with The Slovak National Museum.