For EuropeanaPhotography project time has come for the first review.

On March 5th 2013, the Central University Library in Leuven hosted the first review meeting of EuropeanaPhotography project. Digitalmeetsculture.net editor, Valentina Bachi, was present to the whole event with both the roles of speaker and of correspondent. 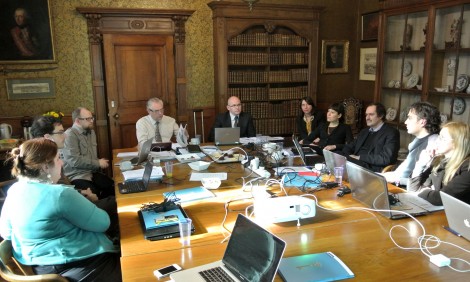 the Spoelbergh Room at the University Library in Leuven

Review meetings are always a delicate appointment, as they represent a moment for exchanging views with the European Commission, and also have the aim to verify the status and the progress of an EC-funded project. For EuropeanaPhotography project time has come for the first review. The WP leaders met in Leuven a day before the event, for the general rehearsal of the presentations, after very busy weeks of preparation.

The Project Coordinator prof. Fred Truyen (Institute for Cultural Studies, Faculty of Arts) warmly welcomed the presents in the Spoelbergh Room at the University Library, where the 2 days were planned to take place. 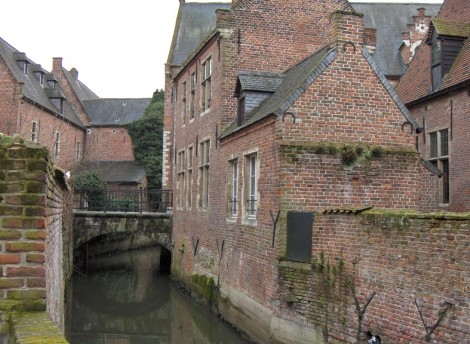 a view of the Leuven béguinage

A lovely social dinner followed the rehearsal meeting at the Faculty Club, in the suggestive framework of the béguinage, a collection of small buildings were the Beguines, religious women who sought to serve God without retiring from the world, used to live.

The day after, everybody was ready to meet the EC Project Officer and the reviewers. The new director of the University Library, professor Stefan Gradmann, was present to the review opening, and gave his best wishes for the successful meeting. 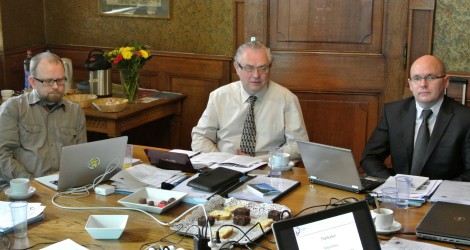 Dr. Krzysztof Nichczynski, the Project Officer and dr. Makx Dekkers and dr. Wojtek Sylwestrzak, the reviewers, showed since the beginning a very vivid interest in the project’s achievements and a sharp preparation about the project planning, thus encouraging a stimulating discussion with the WP leaders.

Professor Truyen, in his role of leader for Content and Themes work-package, had the possibility to illustrate the richness and value of the photographic collections that are going to be provided in Europeana thanks to this project. Furthermore, the eye-catching result of over 150.000 images already digitized was underlined by David Iglesias Frank of CRDI.

Particular attention was given to the presentations of the technical partners, Nikos Simou from NTUA and Nacha Van Steen from KMKG, about the MINT tool and the EuropeanaPhotography Vocabulary – which are indeed the main result of their joint work. The tool is now ready for allowing the content providers to map and enrich the digitized images.

Nice and valuable discussion was carried on about IPR issue and sustainability, which will feed progress during year 2. As for dissemination work package, digitalmeetsculture.net showcase supported the webpresence of EuropeanaPhotography beside the official website, and the many dissemination activities by all the consortium were appreciated.

The final evaluation of the review was extremely positive. Dr. Antonella Fresa, the technical coordinator, commented: “We are very happy to see that all the comments were given in the light of ameliorating the quality of our project, whose results have been in fact assessed as good results”. 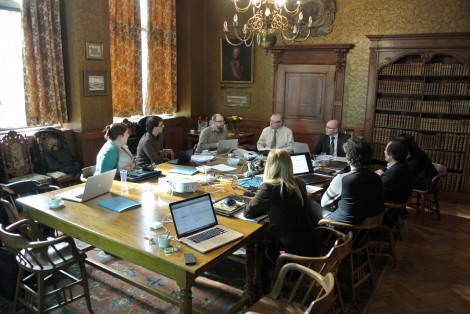 Next appointment for the EuropeanaPhotography project is the plenary meeting in Athens on 13-14-15 March 2013, where special guest will be an Europeana representative, Mrs. Julia Fallon, who will speak about the Rights Labeling Campaign.