the online survey is open until 25 October, join in to make your voice heard
Have your say: EC consultation about digital culture

img. from Europeana Pro blog. The European Union is now consulting on what the priorities will be for the first two years of the Digital Europe Programme, the new funding programme currently preparing for 2021-2022. Sufficient support for digital culture … END_OF_DOCUMENT_TOKEN_TO_BE_REPLACED

The high-level international digital culture conference “Culture 4D: Digitization, Data, Disruptions, Diversity” is taking place on 29-30 September in Tallinn, Estonia. The event is organised in the framework of the Estonian Chairmanship of the Committee of Ministers of the Council … END_OF_DOCUMENT_TOKEN_TO_BE_REPLACED

15 July 2015: launched the world awareness campaign on environment and culture
Agua for the Earth at EXPO Venice

On 15 July 2015, at EXPO Venice, a press conference was held for the world launch of “Agua for the Earth”, social responsibility campaign promoted by the Chinese cosmetic multinational Wetherm in collaboration with Only Italia, Italian platform chaired by Irene Pivetti. Other important topic of the conference was the introduction of an ambitious cultural project: the Digital Cultural Heritage School (DiCultHer), networked school for the development of digital culture. Only Italia and DiCultHer presented then their catalogue of cultural events being held in the Only Italia pavilion at EXPO Milan and EXPO Venice Aquae. The conference concluded with the presentation of the project for a “Week of Digital Culture”. END_OF_DOCUMENT_TOKEN_TO_BE_REPLACED 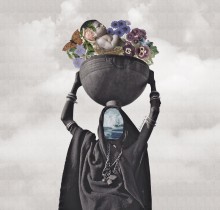 In Africa, a growing form of art that utilises digital technology to assemble images and stories
African digital collages of past and present

Jepchumba of Africandigitalart.com presents us the digital collage, in Africa a growing form of art that utilises technology to produce a range of artworks, incorporating digital video, animation, photography, animated gif’s and digital photo manipulation. Through digital new stories of Africa emerge, setting an alternative – and often critical – narration against the image of Africa we think to know. END_OF_DOCUMENT_TOKEN_TO_BE_REPLACED

Brighton Digital Festival has announced two new strands of arts commissioning to be launched for the 2015 festival, which will run from September 1 to 27. These commissions, aimed at encouraging artists and technologists to produce ambitious works, will support a curated contemporary digital arts programme to run throughout the Festival. «For these new commissions in 2015, we want the weird and the wonderful» Jesse Black Mooney, Manager of Brighton Digital Festival, says. END_OF_DOCUMENT_TOKEN_TO_BE_REPLACED

FutureEverything celebrated its 20th anniversary. For the last two decades the festival has brought people together to imagine, shape and question the vision of a truly participatory society. A belief in the emancipatory and creative potential of new technologies runs throughout digital culture. It is found both in the open source community and in the rhetoric of Silicon Valley start-ups. In recent years, the contradictions in this vision have come to the surface. The digital age has brought a collision of positives and negatives. This year was an ideal opportunity for FutureEverything to hit pause on its headlong rush into the future, to reflect on the consequences of the past decades and the prospects for the decades to come. END_OF_DOCUMENT_TOKEN_TO_BE_REPLACED

Creative, Digital and IT Open Studios 2014
Wired Sussex at #BDF14

For the last (full) week of September, 22nd – 26th, at Brighton Digital Festival, Wired Sussex will be coordinating Creative, Digital & IT Open Studios, an event which provides an opportunity for local businesses to lift the curtain on what goes on behind the scenes in the sector. Wired Sussex is a Brighton-based membership organisation for companies and freelancers operating in the digital, media and technology sector in Sussex, UK. END_OF_DOCUMENT_TOKEN_TO_BE_REPLACED

Ad Duas Lauros is a non-profit organization, that operate in the territory of Roma in South East Municipality V, in digitization, archiving texts, documents, video and multi media, of this cultural, historical, archaeological heritage. END_OF_DOCUMENT_TOKEN_TO_BE_REPLACED

Ivy League scientists at Harvard University in the U.S. have been working on a system that allows a some robots to communicate with each other to complete a task without assistance from humans to investigate how machines are able to imitate biological processes. END_OF_DOCUMENT_TOKEN_TO_BE_REPLACED 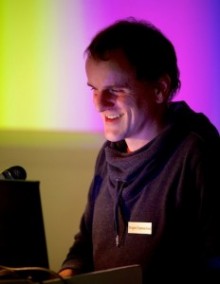 After an international search, leading digital preservation specialist, artist and musician, Dragan Espenschied has been appointed to lead Rhizome’s growing and award-winning Digital Conservation program. Trevor Owens, Digital Archivist with the National Digital Information Infrastructure and Preservation Program (NDIIPP) in the Office of Strategic Initiatives at the U.S. Library of Congress, interviews Dragan about his new role. END_OF_DOCUMENT_TOKEN_TO_BE_REPLACED