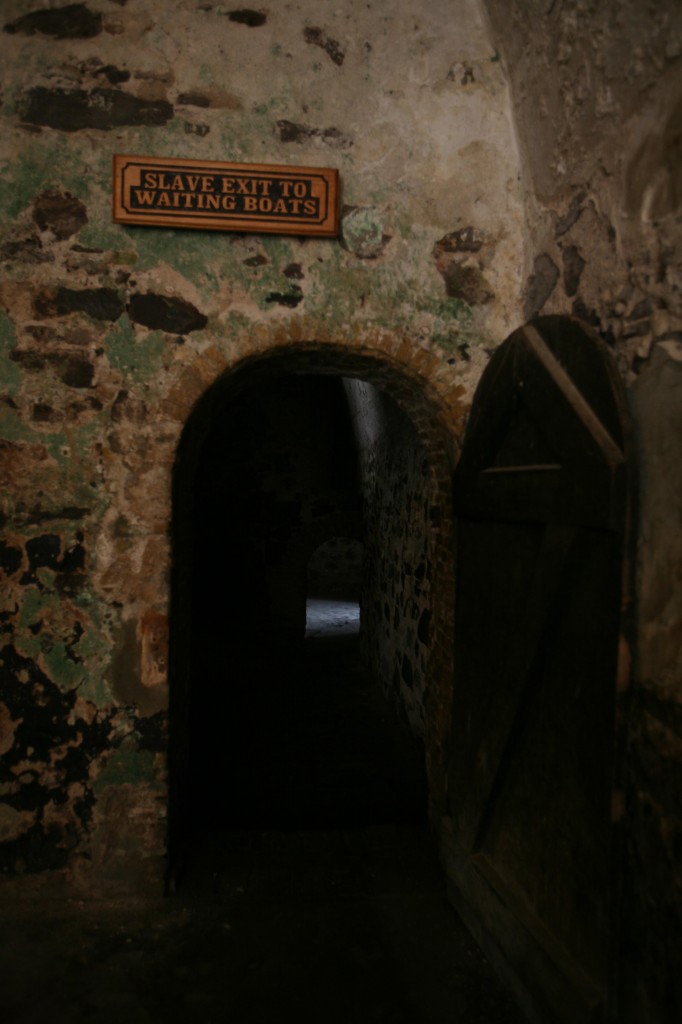 There are various projects that look into the story of slavery and offer digital resources to historians, students and researchers. One that we already explored is the Zamani project to  create a Slave Trade Database, collecting and presenting 3D digital models of monuments and sites related to the slave trade together with other spatial and contextual information.

We continue to follow the research on slavery, looking for  digital documents related to slave history because this subject seems to us to be more and more relevant. Another interesting project is Voyages: an online database explores 36,000 slave voyages that occurred between 1514 and 1866. This huge project is directed By Philip Misevich (Assistant Professor of History, St. John’s University), Daniel Domingues (Assistant Professor of History, University of Missouri-Columbia), David Eltis (Professor Emeritus of History, Emory University), Nafees M. Khan (Lecturer in Social Studies Education, Clemson University) and Nicholas Radburn (postdoctoral Fellow, University of Southern California – Dornsife College of Letters, Arts and Sciences). 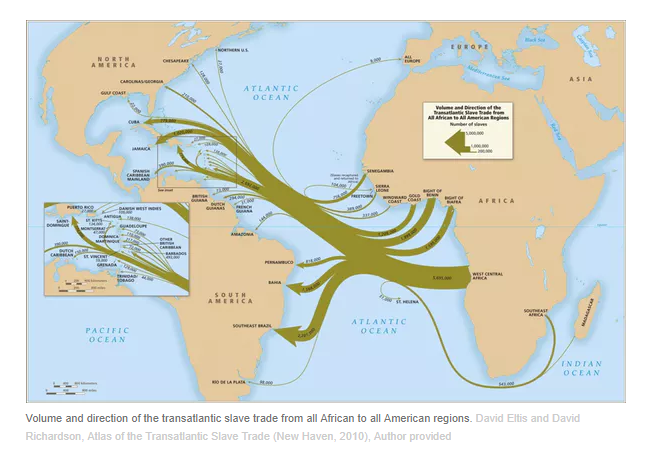 When we talk about the slave trade that has affected 12.5 million Africans, we are actually talking about the largest forced oceanic migration in human history. “From which port did the voyage begin? To which places in Africa did it go? How many enslaved people perished during the Middle Passage? And where did those enslaved Africans end the oceanic portion of their enslavement and begin their lives as slaves in the Americas?” These are the questions that researchers have tried to answer and this is how the team explained the idea behind the research and also what are the problems encountered. “Given the size and complexity of the slave trade, combining the sources that document slave ships’ activities into a single database has presented numerous challenges. Records are written in numerous languages and maintained in archives, libraries and private collections located in dozens of countries. Many of these are developing nations that lack the financial resources to invest in sustained systems of document preservation. Even when they are relatively easy to access, documents on slave voyages provide uneven information. Ship logs comprehensively describe places of travel and list the numbers of enslaved people purchased and the captain and crew. By contrast, port-entry records in newspapers might merely produce the name of the vessel and the number of captives who survived the Middle Passage. These varied sources can be hard to reconcile. The numbers of slaves loaded or removed from a particular vessel might vary widely. Or perhaps a vessel carried registration papers that aimed to mask its actual origins, especially after the legal abolition of the trade in 1808. Compiling these data in a way that does justice to their complexity, while still keeping the site user-friendly, has remained an ongoing concern.”

Through a function of the Voyages site, visitors can interact with sources and materials, they can submit new material on transatlantic slave voyages and also they can help researchers identify possible errors in the database. In the website we can also find lessons created by teachers for middle school, high school and college students. Clicking on lesson plan, web site visitors have various possibilities to access Resources with a gallery of images including: Manuscripts, Places, Slaves, Vessels. 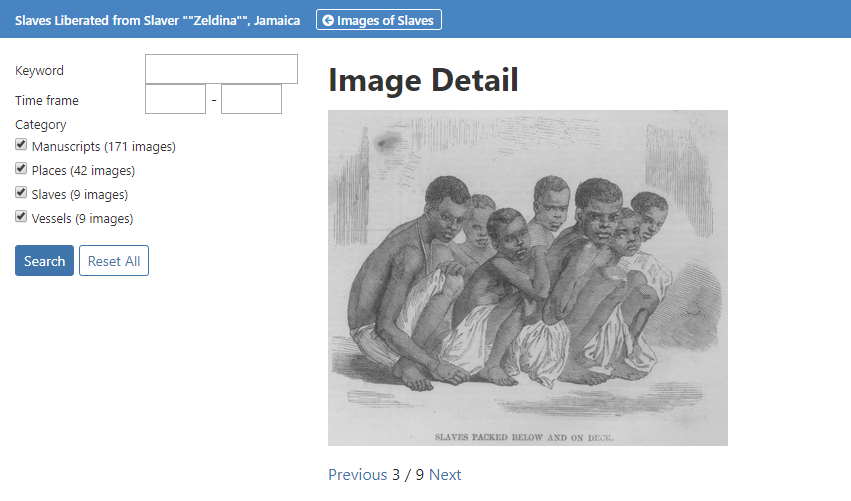 “This is one image of a group of illustrations published in The Illustrated London News on June 20th, 1857. The illustrations were created by the newspaper based on images sent with a letter from Kingston, Jamaica, dated May 11th, 1857, describing the capture of slaver “Zeldina” and the conditions of the slaves disembarked. The schooner “”Zeldina”” embarked slaves at Cabinda, but she was blown off her route to Cuba, captured by the British naval force in April, 1857, and stationed at Port Royal, Jamaica.”

Meanwhile the research team  is also working at an African Origins database. By combining the names of 100,000 Africans liberated from slave vessels with information from Voyages on liberated Africans’ ports of origin, the “Origins website aims to better understand the homelands from which enslaved people came”. Reasearchers said: “Through these endeavors, Voyages has become a digital memorial to the millions of enslaved Africans forcibly pulled into the slave trade and, until recently, nearly erased from the history of not only the trade itself, but also the history of the Atlantic world.”