Most of the archives that I have proposed on my latest articles are made by universities, research centers, government agencies or partnerships among many organizations.
Today I would like to suggest the consultation of a site that was created by a single woman, whose name is Karen Hatzigeorgiou.

“I decided that this was a special niche that should be shared with others. What better way to learn about and appreciate the history of the United States than through the illustrations of artists from the last century and a half?”, she said.

The Home page of U.S. History Images by Karen Hatzigeorgiou ; on the left there is the list of topics, the first of which is Native Americans; http://ushistoryimages.com/index.shtml

The digital images that we find on the website primarily come from books published from as early as 1842 up to 1922. Of course those books are affected by the stereotypes of that time, but Karen says herself that, even if she doesn’t agree with those views, she wanted to present “the images as authentically as possible, without censorship”.  Karen suggests users to keep in mind the prejudices that could have affected  the authors, while browsing the site.

In Karen’s website I focused my attention on images of Native Americans. To appreciate the iconography of the different tribes, you can start from the Site Map and entering the section ‘Native Americans Tribes’. 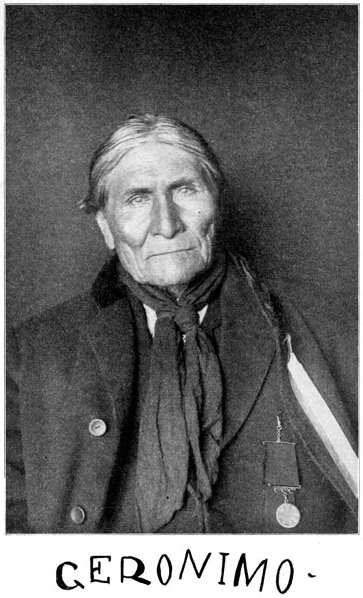 Geronimo, the chief of the Apaches; below the picture, Karen indicates the Source: Wood, Norman B. The Lives of Famous Indian Chiefs. Aurora: American Indian Historical Publishing Company, 1906.

The name “Geronimo” opens the Native American section. This section contains an assortment of seven black and white and color images. On the site there are other Indian leaders such as Tecumseh or King Philip.

You can also find drawings related to the art of Native Americans, paintings of clothes, artifacts as stone pipe, flutes, jewelry, illustrations, etc.

The list of American Indian tribes is long. There are illustrations of Indians, belonging to different tribes. Karen counts 38 tribes, and places them in alphabetical order, from the little known (to the writer) Algonquin, Ponca, Zuni to the most known Cherokee, Kiowa, Navajo, Sioux. 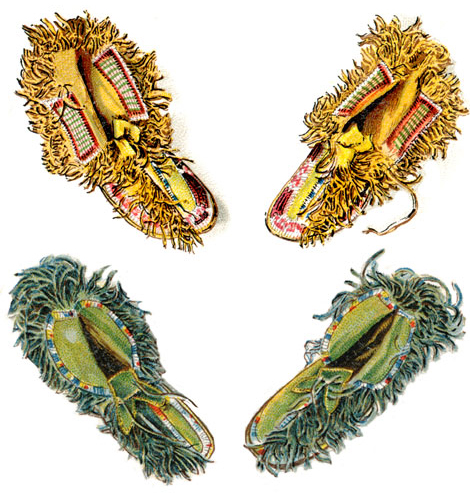 A small section is dedicated to paintings of Native Americans women showing clothes, jewelry, everyday life scenes like the one you can see in the image below: 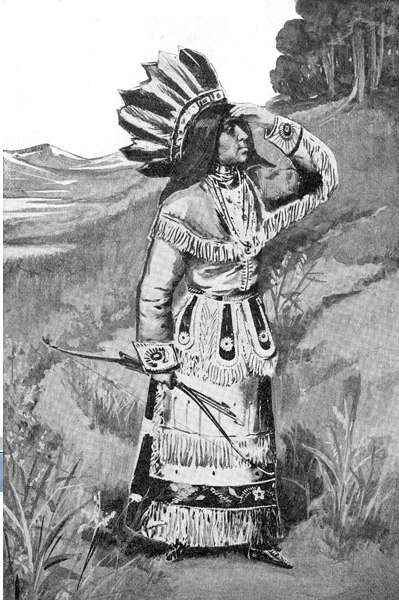 It is not difficult to understand what Karen writes about her commitment: “This website is a work in progress and new images will be added, in chronological order, over time.”

I really appreciate the work that Karen is doing because I think it’s important to make accessible the documents that many students often can not find, because they are contained in rare books. I think that the effort of all of us for digitising the cultural heritage contained in rare books that we own, and for making them available as part of a collective heritage is a interesting step towards a modern, democratic and participatory society.