The Workers’ Museum: Home to History

A unique museum in Denmark to witness the Danish welfare society

The Workers’ Museum and The Labour Movement Library and Archives were merged in 2004, and the institution today consists of both a museum, an archive and a library open to the public.

The Workers’ Museum, which opened in 1982, shows exhibitions on everyday life of the workers’ and the labour movement’s history primarily in Denmark, but with an international perspective. The museum has both topical and historical exhibitions as well as exhibitions on art history. 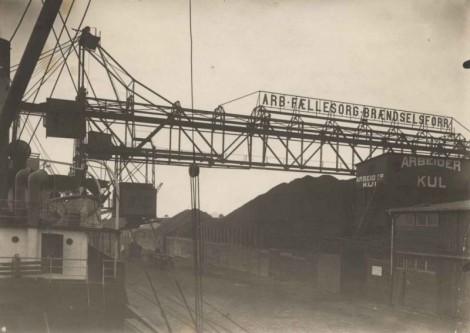 The coal storage of the Workers’ Federation’s Fuel Firm at the Copenhagen docks, 1930s

The Workers Museum collaborates with other museums in several European exhibition projects, as well as Nordic and Danish exhibition projects. The Workers’ Museum is both an art museum and a cultural history museum. From the early days in 1982 when the collections did not contain a single exhibit and until today, the Workers’ Museum has generated holdings of 63,000 museum exhibits and 12,000 works of art.

Among the exhibitions, the museum features a brand new interactive installation “Under Our Own Roof – The Workers’ First Assembly Hall 1879-1983”, to  bring alive the story of the workers’ first assembly hall in Denmark. Through touchscreens visitors can interact with 18 short films that tell the story of the building and the many activities that have taken place here through more than 100 years.

Working-class children in the backyard of Fredericiagade 59, Copenhagen, 1905

The Sørensen-family exhibition covers the period from  1885 to 1990, and follows the journey of a working-class family from life in rural Denmark to Copenhagen at the time of the turn of the 19th century. The point of departure for this exhibition is an original 1915 flat, and it shows how the family lived its life – in everyday circumstances and when something special was afoot.

The flat is a two-roomed flat in which the living room faces the street and the bedroom and a narrow kitchen face the backyard. Virtually no alterations had been made to the flat and its appearance since 1915 when the family originally moved in. The proprietors, particularly Mrs. Yrsa Sørensen, always took great care to ensure that nothing was changed.  The original varnished pinewood floors are still there, and moving any of the furniture it is evident that everything has always been in the same places, as the floors are totally untreated in the places where the furniture has always stood – the floors have simply been varnished around the furniture. Yrsa’s  heirs then donated the flat and everything in it to the Workers’ Museum and it can now be exhibited as an example of a general worker’s home in the early years of the 20th century. 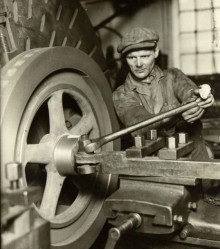 The Workers Museum’s exhibition about the 1950s depicts the living conditions of a working-class family in the years following the Second World War. Despite shortages and rationing this period heralded a new time to come: families had more money to spend and the consumer culture, heavily influenced by American ideals, gained ground.

The Labour Movement Library and Archives

The Arbejderbevægelsens Bibliotek og Arkiv (The Labour Movement Library and Archives) was founded in 1908 and has for more than 100 years collected documentation on the Danish labour movement in all its branches. The Original photo collection counts approximately 3 Million photos. The largest collections are the press collections from the social democratic newspaper Socialdemokraten (later: Aktuelt) and the communist newspaper Land og Folk. In addition, there are large photo collections from the trade unions and private persons. The collection contains many portraits mostly of prominent Danes, but also internationally famous people, and photos of almost every aspect of life among ordinary people.

In 2007 the photo archive began a digitization and registration of the photos in a database. Registration takes place in an adapted format of the library registration program which is also used in registration of archives. All materials can be searched by simultaneous searches in the system. There are now digitized and registered 40.000 photos in the database. The photos are enriched with metadata and keywords to speed retrieval of images. The photo collection delivers photos partly for our own exhibitions and publications, but is also used widely by publishers, museums and film and television stations. The photos are also used for research and teaching. The photo archive works closely together with photo collections in other archives, museums and libraries. 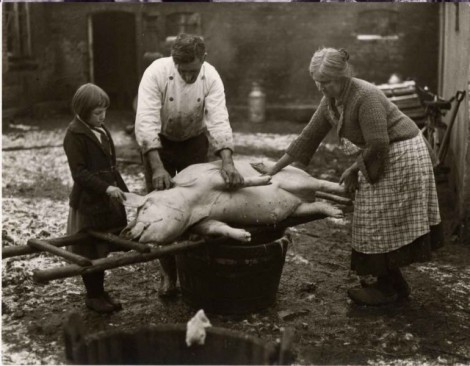 The Workers’ Museum and Library is one of the partners in the EuropeanaPhotography project, planning to provide about 25.000 images from the 1870s until 1939 taken by many different photographers (among others Mogens Voltelen, who documented important cultural events in the thirties, such as Berthold Brecht’s exile in Denmark, and Åge Fredslund Andersen, whose photos show the transition from agrarian to industrial society).