All Our Yesterdays… welcome to Pisa!

All Our Yesterdays will be a travelling exhibition all over Europe, hosted by the partners of Europeana Photography. The choice of Pisa for the first run of the exhibition was based on the fact that Pisa is a city suited to the research and the arts, home of a prestigious university, with international dimension, which offers an international airport connected with many destinations in Europe. 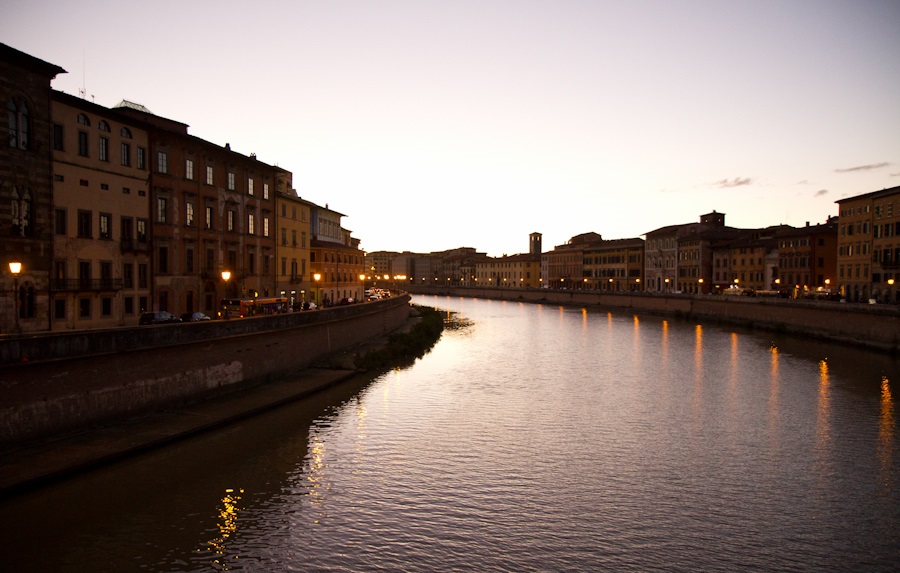 The location of the exhibition was Palazzo Lanfranchi, a very prestigious exhibition centre, in an historical palace in the center of Pisa, on the Lungarno Galilei (the embankment of river Arno). Palazzo Lanfranchi hosts the permanent exhibition of Museo della Grafica, and hosted the Europeana Photography exhibition under the patronage of the Municipality of Pisa by the Chancellor of Culture and of the University of Pisa through the Department of Arts. Tuscan Region was also patronizing the event. 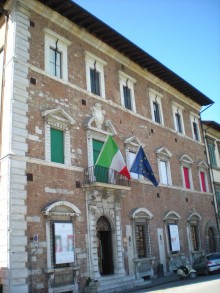 Palazzo Lanfranchi hosted about 120 prints following the fil-rouge of the narrative developed by KU Leuven. Each photograph displayed in Palazzo Lanfranchi is printed with the most advanced printing techniques and on a very pure, cotton-based paper that enhances the photograph at its best. This solution makes the use of covering glass superfluous, and this way it is possible to avoid glares and light effects – which may disturb the beholder. Each print is framed with a wooden, neutral frame and is accompanied by a small panel with caption and credits. In each room there was one or more explicative panels. The panels and captions were in two languages: English and Italian.

All Our Yesterdays is also a virtual exhibition: a virtual gallery where visitors can stroll through 3D technology. The visitor, when entering in the hall of the virtual museum, will find some information panels concerning the partners of the project and also a representative image for each partner. In the same room, there will be a timeline for the first century of the photography history (1839-1939). Around 100 images will be exhibited in the eight rooms of the gallery. The virtual exhibition was a proposal by partner CRDI and it is developed with the same 3D technology applied in video games. It is a step up from currently existing projects like Google Art since in this case the move through different virtual spaces is continuous and uninterrupted. Moreover, the application is ready for access from iPad , as well as from any computer in a web environment. The virtual exhibition is also hosted on All Our Yesterday’s landing page.

On the first floor of Palazzo Lanfranchi, near the entrance, there was be a space dedicated to Europeana, the great European Digital Library. This space is set up in partnership with Europeana Foundation. It included a desk with a computer to be used by the visitors to browse Europeana portal and dissemination material e.g. Europeana folders, fact sheets, postcards etc. as well as banners to decorate the corner. An Europeana representative was present both to have a short speech at the opening ceremony on 11th April, as well as to perform dissemination to the visitors on the 12th April. During the rest of the exhibition, the Europeana corner remained available for consultation by the visitors.. 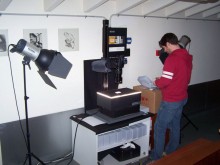 In order to attract the citizens to visit the exhibition and to engage the visitors, Collection Days were organized to digitize family photos and albums related to the timeframe of the project. Such photos were professionally digitized on site and in real time: the original photo and the file was immediately given back to the owner, the file is returned on an USB pen or via email. The digitized photographs and their related information (metadata) are collected to be re-used in projects for the enhancement of digital cultural heritage. The same initiative will be replicated also in the other venues where the exhibition will take place.

The exhibition, organized by Promoter, featured a great launch event on the 11th April; the opening ceremony included the presence and the speech of the local Authorities (Municipality of Pisa and Chancellor of Culture), of the University of Pisa (Faculty of Arts), of the Project Coordinator and of a representative of Europeana. All the Europeana Photography partners participated to the event. 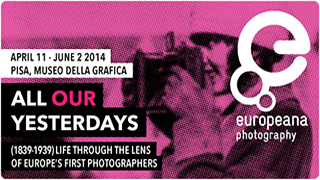