In 1938, Hélène Roger-Viollet and her husband Jean-Victor Fischer, both passionate photographers and travelers, founded the “Documentation Photographique Générale Roger-Viollet” at 6, rue de Seine in Paris. Today, Roger-Viollet, still located in its original premises, is one of France’s oldest photo agencies. Having purchased the rue de Seine store from “picture merchant” Laurent Ollivier, together with his fine arts & geographic  collections, Hélène Roger-Viollet and her husband added their family production and, after WWII, started increasing and enriching the archive by continued acquisitions.

Over the years, the agency’s founders built a photographic collection unique in Europe, covering more than a century and a half of Parisian, French and International history: world events and “petits metiers” (small crafts), fine arts, science, politics and everyday life, exotic journeys and streets of Paris, portraits of celebrities as well as snapshots of unknown passers-by…

The Roger-Viollet collections also offers an astonishing journey through the history of photography, from the production of the Second Empire photographical studios to late 20th century photojournalism. 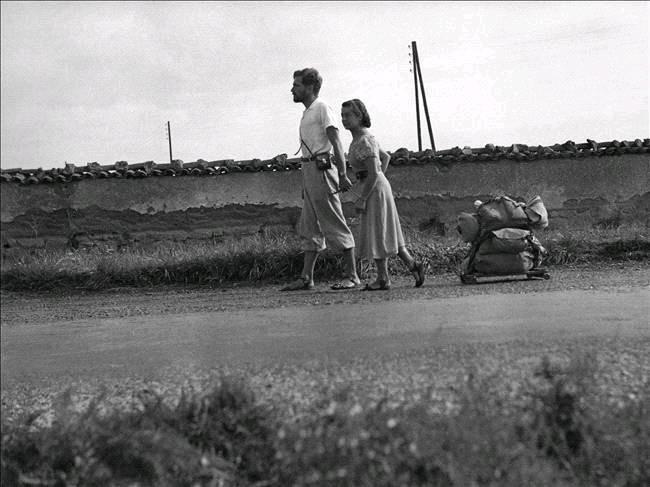 Hélène Roger-Viollet and her future husband Jean-Victor Fisher on a walking tour of France, summer 1936.

At their deaths, in 1985, the founders of the agency bequeathed the business and the collections (nearly four million negatives and about two million prints) to the City of Paris. In 2005, the agency was integrated into the Parisienne de Photographie group, a City controlled public-private partnership in charge of digitizing and distributing the French Capital’s photographic & iconographic heritage. In addition to the Roger-Viollet archive, the material distributed by the agency now includes images from the principal museums and libraries belonging to the City of Paris.

Since 2005, the agency has enhanced its appeal and widened the scope of its offer by distributing foreign historical collections in France, as well as material by independent photographers who have entrusted their archives to its management. 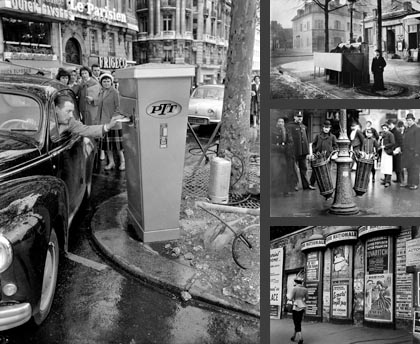 The digitisation of the archive, undertaken in the late 90s has resulted in a collection of over 400,000 high resolution images, readily available on line through the Agency’s website www.roger-viollet.fr. On demand digitisation is part of the services offered by the Agency as the total collection encompasses close to 6 million documents. Over 70.000 new digital images are added each year as part of the ongoing digitisation effort.

As adding constant new contributions is the key to a “live” photographic archive, the agency’s management’s policy over the past years has been to add new sources to the existing collections so as to emphasize the library’s international dimension and extend its chronological span. Four major sources currently make up the Agency’s stock : 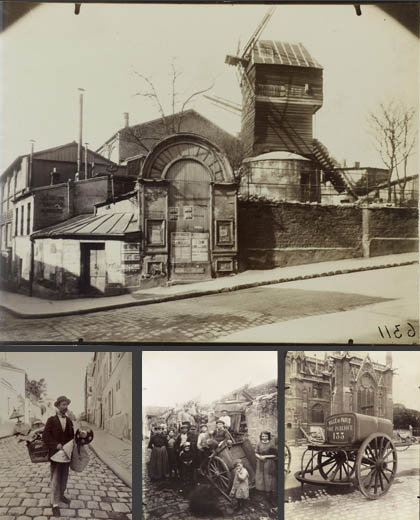 June 6th 1881: Henri Roger first experiments with photography: he took photos of his family and surroundings all his life, thus creating the agency’s first collection (8000 negatives), including the now famous pictures of the Eiffel Tower’s construction from 1886 to 1889.

1945-1984: The Agency’s founders successively acquire the Branger, Boyer, Harlingue, Albin-Guillot, Martinie, Lipnitzki, Lévy , Neurdein and LAPI collections, as well as many others, establishing Roger-Viollet as one of the leading French photographic archives.

1985: Upon the founder’s death, the collections are bequeathed to the City of Paris.

1997: Digitization and on-line distribution of the collections is initiated by the Agency’s management

In July 2005, Roger-Viollet is integrated to the “Parisienne de Photographie” group, a photographic heritage preservation and development company controlled by the City of Paris.

February 2012: Parisienne de Photography, Roger-Viollet’s parent company, joins the  EuropeanaPhotography project: 30.000 images from the agency’s own collections will be digitised and contributed to Europeana within the next 3 years.