Some of our yesterdays: Europeana Photography @ British Library 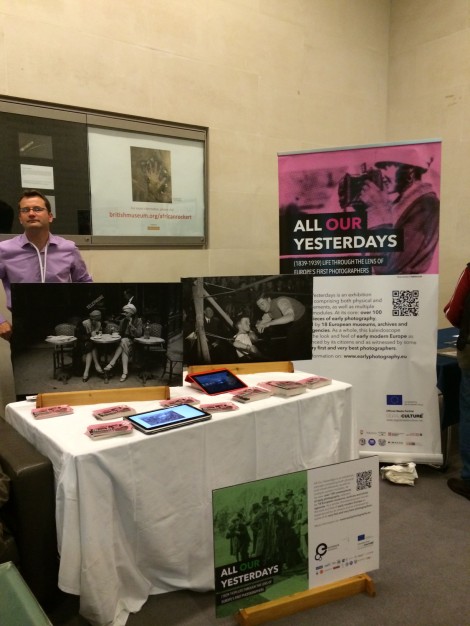 From 29 to 31 May 2014, a small delegation of the Europeana Photography-consortium represented the project at the Anthropology and Photography Conference at the British Museum’s Clore Centre, London. Organized by the Royal Anthropological Institute and the British Museum, this gathering of professionals from either the artistic/creative field or the academic world, offered the opportunity to anyone active at the crossroads of both disciplines to showcase an oeuvre or project to the conference attendants.

Next to the promotion of our project from the broadest possible perspective, encompassing demonstrations of Europeana-searches online and introductions of partner institutions and collections involved, two focal points were chosen for this dissemination event.

Firstly, as the initial stance of EuropeanaPhotography’s exhibition All Our Yesterdays (Pisa, 12 April – 2 June) was to close only a few days later, the accent was not so much on present as on future activities: the upcoming Belgian production of the expo (Leuven, 30 January – 30 March 2015), as well as its flexible, transferable and transformable concept – intended to attract the attention of possible future host institutions.

Secondly, this participation in the conference exhibit was directed towards attracting interested / interesting partners or associates to join the future platform that is crystallizing from the current project consortium as we speak! 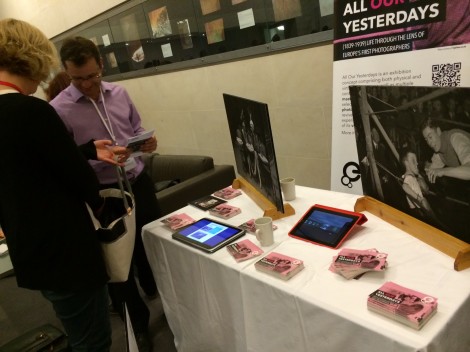 I shared the impression of my fellow exhibitors, John Balean (TopFoto) and Nacha Van Steen (KMKG), that attending this event was well worth the effort: our booth attracted the attention of a good number of visitors, most of whom were not yet acquainted with Europeana nor EuropeanaPhotography, but often surprised and inspired by the great opportunities for research and re-use (especially in an educational and editorial context) offered by our collections as represented in the database.