“It was a hot, clear morning. I was getting ready to leave for the Tax Office, near Hatchobori, where I worked as a Mobilization Workforce Student. There was a bright flash and an extremely loud noise and then the house crumbled. For a few minutes I was in darkness. I lay on the floor, covering my ears and eyes, unable to move.

I waited for some light to shine through the rubble and dug myself out. I went and stood in the yard and looked around. All of the houses in the area had collapsed and the roofs were sprawled on the ground. By the time I got to the streetcar tracks, I was completely surrounded by fire. So I took the only way out, which led me in the direction of Yoshijima. There were many people around me escaping the fire, but no one spoke. We all walked with a horrified look across our faces. Many people were swaying as they walked. They were naked apart from rags hanging from their outstretched arms. I was not thinking very clearly and my mind could not comprehend why they would all be naked. I mostly remember the destroyed houses and water squirting out of the broken pipes” […].

This is the beginning of Teru Feruta’s (maiden name, Kawaguchi) tale “My A-Bomb Experience”.

A month has passed since August 6th. A date on which each Japanese, in their own way, remembers the terrible epilogue of the Second World War. As usual, every year, the press dedicates articles or broadcasts to commemorate this terrible page of human history and proposes us testimonies of survivors who, year after year, are always in fewer numbers. The words, written or spoken, remind us that at 8:45 am “Little Boy”, so called the enriched uranium nuclear bomb, was dropped on the Japanese city of Hiroshima bringing with it death and destruction. Three days later it was Nagasaki’s turn. 100 to 200 thousand civilians died. 75 years divide us from that August 6th, 1945, but memory can approach that event and not let it fall into oblivion, browsing the specifically created website. 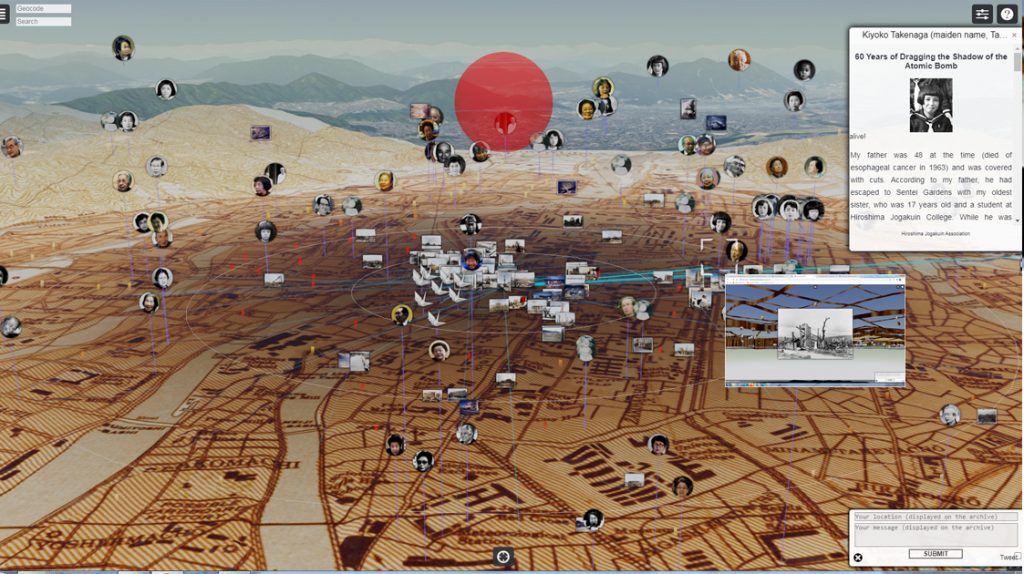 The home page is gradually enriched with pictures or photographs of places; by clicking on a portrait we receive some informations: Kiyoko Takenaga: tells what happened to his family on that dramatic day. Image from: http://hiroshima.archiving.jp/index_en.html

To deepen our knowledge I suggest to visit the Hiroshima Archive website, as through the stories of survivors we can consolidate our idea of the repudiation of war no ifs, ands, or buts.

Hiroshima Archive is “a pluralistic digital archive using the digital earth to display on it in a multilayered way all the materials gained from such sources as the Hiroshima Peace Memorial Museum, the Hiroshima Jogakuin Gaines Association, and the Hachioji Hibakusha (A-bomb Survivors) Association.

All users can get a panoramic view over Hiroshima to browse survivors’ accounts, photos, maps, and other materials as of 1945, together with aerial photos, 3D topographical data, and building models as of 2010. The archive aims to promote multifaceted and comprehensive understanding of the reality of atomic bombing”. 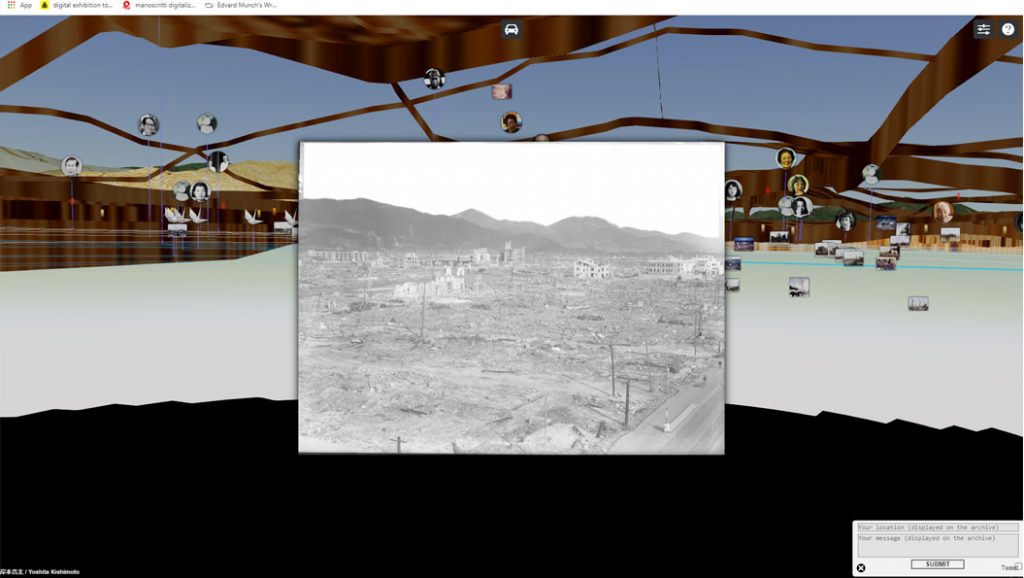 By clicking on Viewing with Digital Earth a series of images appear and each photograph can be enlarged and tells the epilogue and the consequences of the release of atomic bombs. Image from: http://hiroshima.archiving.jp/index_en.html

The “Hiroshima Archive” has been produced in 2011 by melding a large amount of materials accumulated over 66 years with the latest Internet technologies, with a view to passing on the experiences and messages of A-bomb survivors to future generations.

The interactive map on the home page is gradually enriched with pictures or photographs of places. Clicking on the photos of people appears the name of who tells and a description. 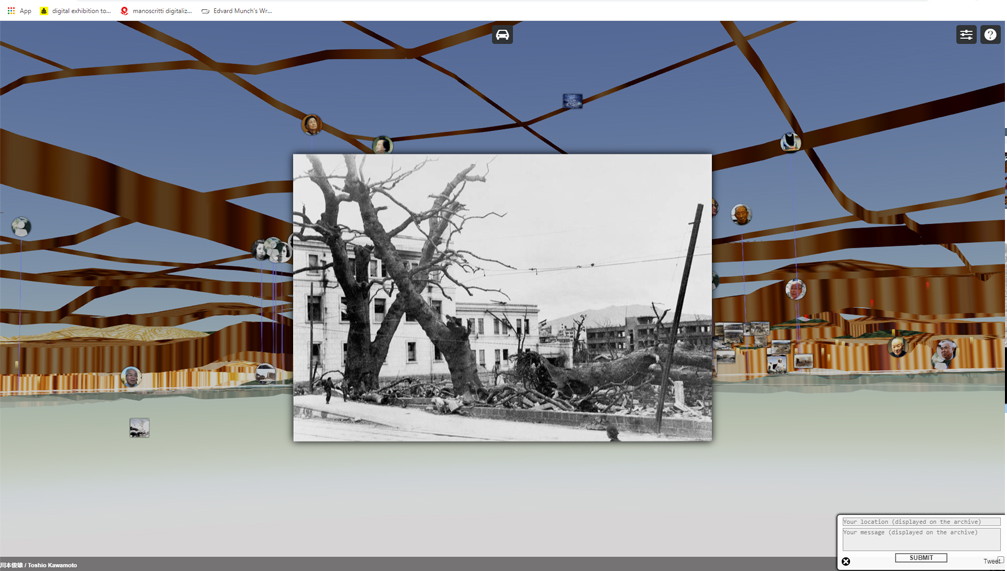 Another example of the destruction of bombs is witnessed by this photograph. Image from: http://hiroshima.archiving.jp/index_en.html

If we click on the photos of the environments we can get an idea of the level of destruction of the bomb.

A 5-minute video with captions in Japanese and English takes us to Japan. A circular tale that begins with the image of a watch dial that marks 8:45 and ends with the same dial that continues to mark the same time. As if time had stopped. In between, starting from the Peace Memorial, the narration tells, through a series of photographs, the life of Hiroshima before the nuclear attack.

We share the goal of the creators of the archive “to make the archive a platform to gather the threads of stories for the future by sharing the past memories and the present messages in both real and web spaces” and “to collect from all over the world messages of hope for peace and nuclear abolition and incorporate them into the digital archive”.