Earth pictures of the Nasa archives, now in the Internet Archive

Thanks to impressive technology, the blue planet, seen from outer space, shows its own fragility

Can you imagine  a library where anyone can go to learn and explore our shared human experience from books, web pages, audio, television and software ?

This place exists. Its name is: the Internet Archive.

I was astonished when I read the amount of materials and data that the archive contains: 330 billion web pages, 20 million books and texts, 4.5 million audio recordings (including 180,000 live concerts), 4 million videos (including 1.6 million Television News programs), 3 million images, 200,000 software programs. 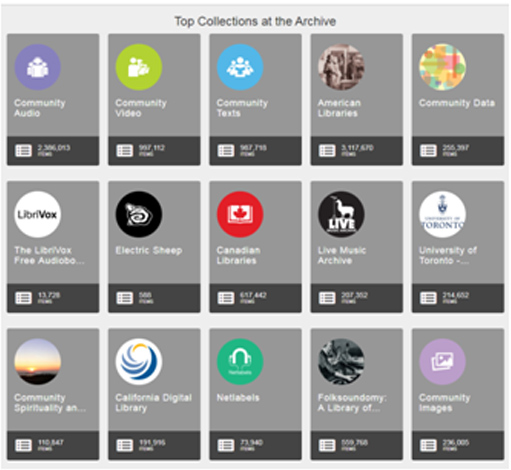 As in a real library, even in the virtual one it is easy to get lost. And I assure you that if you go into the Images section, you will easily find the TOP subsection with NASA images, and it will be difficult to get out of it.

Each photograph represents an immersive sensory experience. I chose this section of the Internet Archive because I think that the observation of the Earth from space is fundamental above all to make man more aware of his choices. Living on Earth many people do not have the perception of its fragility. I have already spoken about it in a recent article “Anthropocene, a multimedia exhibition that investigates the impact of human footprint on the Earth” , so it seems useful to me to continue to emphasize the role of technology in spreading the knowledge of our planet and the effects of human action.

If we think about the technology that brought us into space, or what men have been able to do in 60 years of space exploration, it’s a veritable drunkenness of wonders. And today, thanks to the internet, thanks to the work of a staff of excellence, thanks to the availability of archives and libraries, these materials can be available to all.

I confess that I was surprised to see that the image of Niagara Falls had 8077 views and that of Europe illuminated at night only 980. I asked myself how it is possible that this photographic documentation, which is also rich in in-depth descriptions, has not so many views, since the potential users are billions.

Well, meanwhile we can enjoy this opportunity that Internet Archive is offering us  cataloguing of an extraordinary amount of documents. 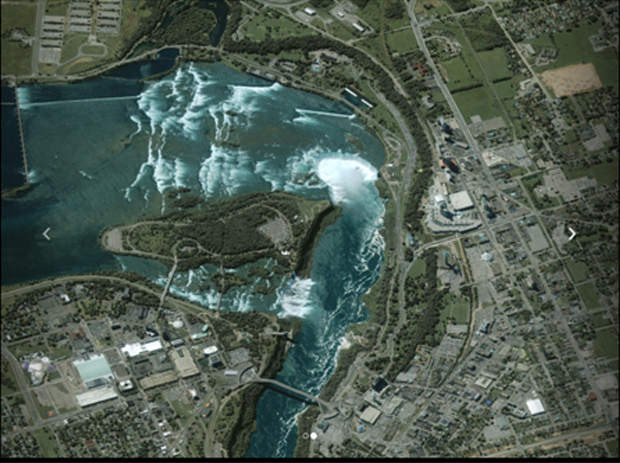 A deep caption tells us something more than the extraordinary beauty of photography : “Blue-green veil of water tumbles 51 meters over the rocky precipice of the Niagara Falls in this Ikonos image, acquired on August 2, 2004. Every second, more than two million liters of water plummets over the half-circle of the Canadian/Horseshoe portion of the Niagara Falls, shown here, making it one of the world’s largest waterfalls. The force of the pounding water is sending a cloud of mist up from the bottom of the falls; this same force eats away at the rock behind the falls, pushing them back as much as two meters per year. […]” 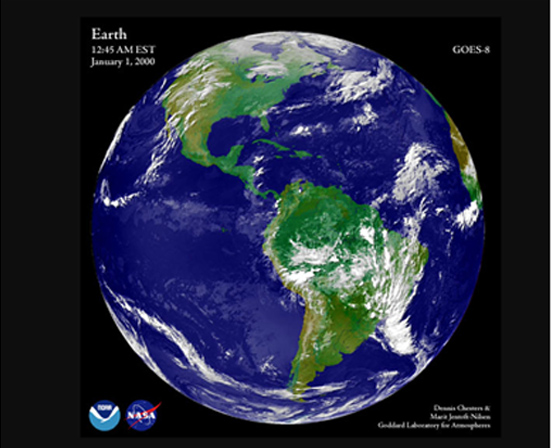 Earth at the Turn of the Century by NASA – This first full-disk (hemispheric) image of the Earth after the turn of the century on the East Coast of the U.S. was aquired by a NOAA Geostationary Operational Environmental Satellite–GOES-8– at 12:45 AM Eastern Standard Time, January 1, 2000.

The caption of the following photo is portraying part of the world at night, when the lights of the big cities spread in the atmosphere. It’s an extraordinary image that tells us how much human activity has a significant impact on our planet. And while technology brings the world closer and enables us to have a wealth of information at our fingertips, at the same time it has devastating effects on planet earth. 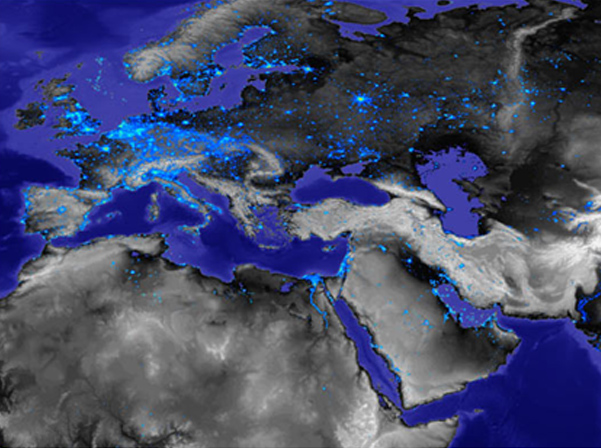 Reading the caption of the photo we find out that it has been  taken by using data from the www.ngdc.noaa.gov/dmsp/dmsp.html Defense Meteorological Satellite Program’s Operational Linescan System. Researchers have been able to look at urban sprawl by monitoring the emission of light from cities at night.

Ayers Rock has always surprised me, I don’t know if this is due to the fact that an immense monolith (348 meters high, 3.6 kilometers long, and 9.4 kilometers around ) detaches itself from the Australian desert, or because it changes colour depending on the weather conditions or because it represents for the aborigines a sacred site. It probably depends on the particularity of its physical and cultural characteristics. 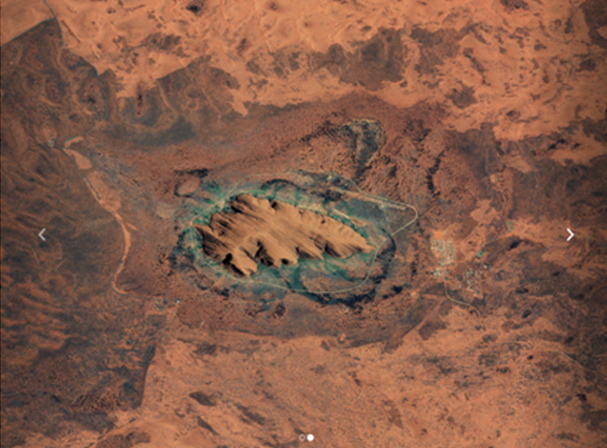 We return to Italy. I don’t know if you can recognize the place represented by the following photograph: it is Vesuvius, in Italy, in Naples. 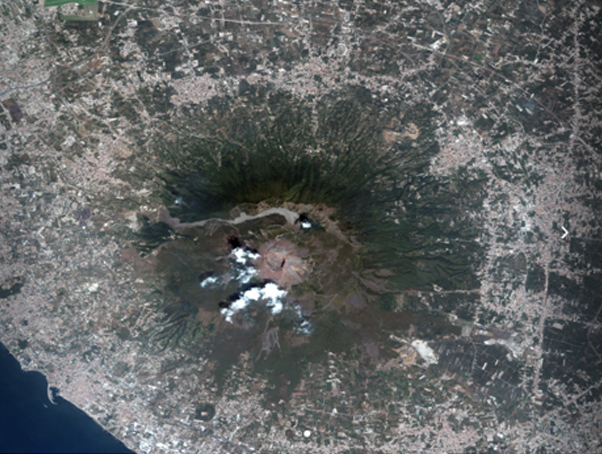 What I read in the description confirms my opinions. Mount Vesuvius is more dangerous than previously thought. The danger the volcano poses is illustrated in this image, captured by the Quickbird satellite on July 12, 2002. Densely populated communities ring the volcano, particularly on the west side, where Mastrolorenzo and colleagues discovered the extensive ash bed. Naples is northwest of the volcano beyond the edge of the image.

It is not hard  understanding the importance of work that Internet Archive staffers are building. They provide free access to researchers, historians, scholars, the print disabled, and the general public. The main mission is to provide Universal Access to All Knowledge, thanks to  Internet and digitization.

I hope that the same technology that brings man to space, that allows us to enjoy ancient and contemporary digitised documents through the internet (wherever we are), allows men to reduce the effects of actions that do not take care of our planet.