Ancient Greek and Roman epigraphs going digital. A BPN that is going to start in early 2013 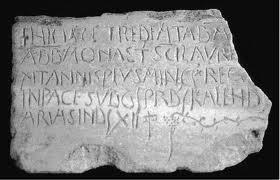 As Greek and Latin are the origin of European Culture, EAGLE is the Best Practice Network that brings together some of the most prominent European institutions and archives in the field of ancient epigraphy, to provide Europeana with the critical mass of quality-oriented content.

Classical Greek and Latin culture is the very foundation of the identity of modern Europe. A variety of modern subjects and disciplines as practiced today have their roots in the classical world: from philosophy to architecture, from geometry to law.

Epigraphy is characterized by 3 peculiarities, that EAGLE aims at touching:

The first one is that, as a field of study, classic epigraphy has evolved into three strictly separate disciplines, i.e. Greek, Latin and Christian epigraphy, characterized by separate collections and corpuses used for reference, separate publications, separate populations of scholars and researchers.

The second one is that inscriptions have traditionally been featured in geographically-separated archives, with the result that various inscribed documents that should be collated because of thematic or historic commonalities are often scattered across multiple collections. All these factors have so far seriously hindered research.

The third one is that, given the nature of the archives, their disjointedness and the lack of available translations, ancient inscriptions have for the most part remained the preserve of the specialist, and their enjoyment by the general public has been impossible. This is true for schools as well, whose history syllabi would benefit from the possibility of accessing inscriptions online. 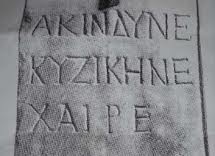 EAGLE will improve the study of epigraphs in several ways: 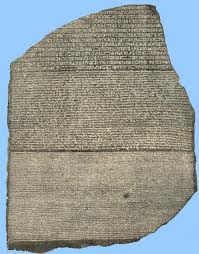 The EAGLE BPN represents a community of research institutions documenting the most recent progress in the study of Classical Epigraphy.

By aggregating digital content from unique and authoritative collections in its domain, the BPN brings together a significant quantity of information about ancient writings on ancient artifacts to the wide Europeana audience, thereby enhancing the quality of the historical experience and stimulating discovery in primary source materials never disclosed before to users on such a large scale.

In terms of broader goals, the aims of EAGLE are:

Visit the Eagle website for more information on the project.