Use and Re-Use of Digital Cultural Heritage Assets – Interoperability, Repositories and Shared infrastructures was the fifth in a series of international events planned by EAGLE BPN. The workshop covered many aspects of digital technology applied to inscriptions, from content to management and networking, featuring presentations and hands-on workshops regarding themes of the EAGLE project, led by the project’s Working Groups. 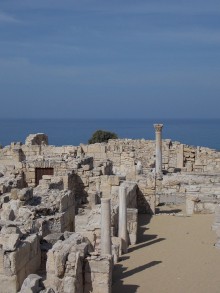 By L.Sergius.Paulus (Own work) [CC BY-SA 4.0 (http://creativecommons.org/licenses/by-sa/4.0)], via Wikimedia Commons

The event, held in Nicosia, Cyprus, on 11-12 March 2015, was organised by EAGLE partner Cyprus Institute, in collaboration with Heidelberg University (Germany) and Sapienza, University of Rome (Italy).

The workshop brought together a wide audience, including people interested in epigraphy (digital or non-digital) as well as to the establishment and diffusion of general best current practices for digital cultural heritage.

EAGLE – Europeana network of Ancient Greek and Latin Epigraphy, will be a new online archive for epigraphy in Europe, co-funded through the ICT – Policy Support Programme of the EuropeanCommission. The EAGLE Best Practice Network is part of Europeana, a multi-lingual online collection of millions of digitised items from European museums, libraries, archives and multi-media collections