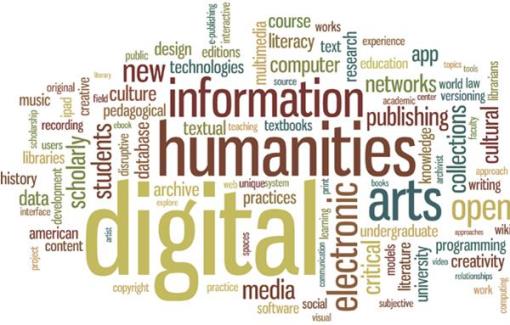 Digital Humanities Awards are a new set of annual awards given in recognition of talent and expertise in the digital humanities community and are nominated and voted for entirely by the public. These awards are intended to help put interesting DH resources in the spotlight and engage DH users (and general public) in the work of the community. Awards are not specific to geography, language, conference, organization or field of humanities that they benefit and there is no financial prize associated with these community awards, just the honour of having won and an icon for your website.

DH Awards 2013 is now accepting nominations! You can nominate any Digital Humanities resource you feel deserves to win in any of this year’s categories; nominations will be open until the 31st of December 2013 (midnight GMT) and voting will take place in January 2014. The nominations must be for projects/resources/sites that were launched/finished/created in 2013.

This year’s categories are:

By its work at making available, with the most advanced digital technologies’ support, the vast majority of the surviving inscriptions from the Greco-Roman world, we think EAGLE can be a valid and qualified competitor for 2013’s edition of DH Awards. To nominate EAGLE visit the nominations page at: http://dhawards.org/dhawards2013/nominations/

The DH Awards 2013 are overseen by an international Nominations Committee consisting of: