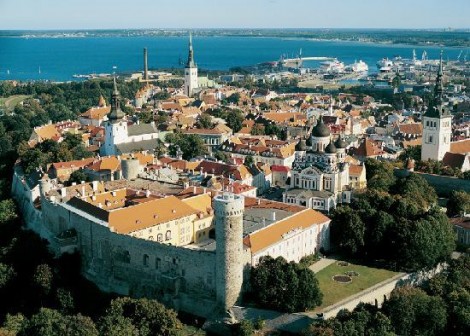 On April 23rd and 24th, 2014, an e-Infrastructure concertation meeting has been organised in Tallinn by DCH-RP project (Digital Cultural Heritage – Roadmap for Preservation) to discuss in more detail the strategy and recommendations presented in the DCH-RP roadmap study and the intermediate roadmap and how to prepare for future cooperation.

Following the fruitful collaborations set up during the implementation of the former DC-NET project, including the signature of a series of MoUs,  contacts between DCH organisations and e-Infrastructures were continued, expanded and developed under DCH-RP via a series of experiments (the Proof of Concepts), a virtual platform and small workshops held at different occasions.

The workshop was very successful as all the speakers and the participants provided their feedback on the intermediate version of the Roadmap, both from the point of view of the memory institutions (on the first day) and of the e-infrastructure providers (on the second day). This feedback will be analysed and took into account in the final version of the Roadmap which will be published in Semptember 2014.

Here below you can find and download all the presentations that were delivered during the 2-days event. A detailed report is being produced and it will be available on the DCH-RP showcase in the coming weeks.

The workshop was followed by the fourth DCH-RP plenary meeting, whose main objective was to plan the editing and delivery of the final version of the Roadmap, which will be published in September in the occasion of the DCH-RP final conference as the major result of the project.

Stay tuned on www.digitalmeetsculture.net/heritage-showcases/dch-rp/ to follow the progress of the project!