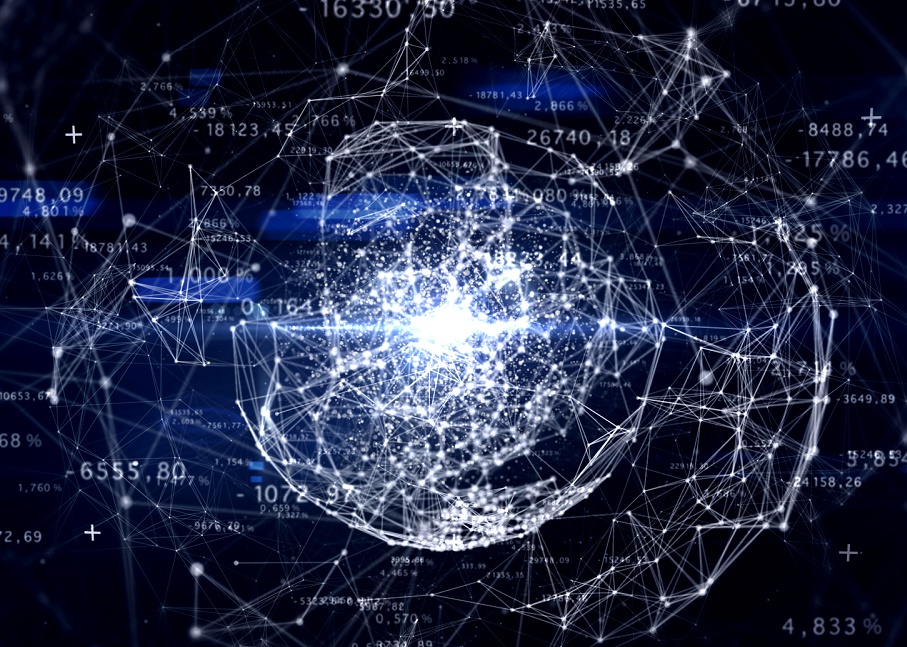 a representation of the Internet of Things

In a recent post of hers Chandra Clarke, who has been dealing with citizen science for a very long time, since it wasn’t a real movement yet, observes the last years’ sharp increase of mainstream interest in citizen science.

«Where it was once just the province of a smaller group of hardcore geeks – she writes – it now seems like everyone is talking about citizen science. Anecdotally, I’ve been interviewed by a fairly wide range of media outlets, everything from CBC Radio to Woman’s World. On the hard data side, this screen shot of the Google Trends entry on citizen science bears this out: 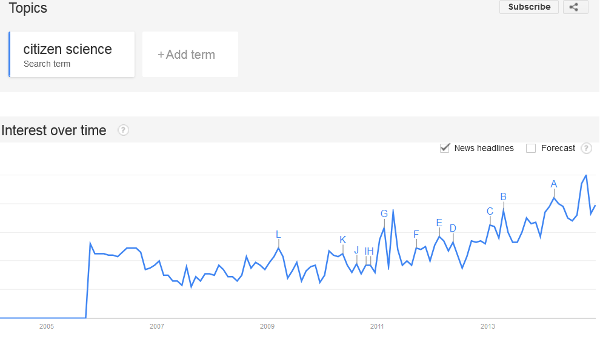 More and more citizen science projects emerge, showing a more and more impressive variety of topics and types (so «now you can do everything from raising Monarch butterflies to being a paleontologist in your kitchen») and citizen science is merging with other movements, such as open source, participatory civics, activism, maker spaces, crowdfunding and «it’s increasingly hard to see where one movement begins and another ends».

Clarke’s mention Pybossa, open source software allowing users to create their own citizen science projects, and the Open Space Agency, aimed at developing a network of DIY (Do It Yourself) makers with engineering and building skills able to contribute to space exploration. And further Skywarn, a network of trained severe weather spotters, or Safecast, “global sensor network for collecting and sharing radiation measurements to empower people with data about their environments”.
She notes the increasing number of citizen science games (like EteRNA and Reverse the Odds) and refers to citizen science apps, which have «opened up a whole new frontier in citizen science».
Sound Around You, for example, is developed by researchers who intend to learn more about sonic influences on human psyche: people around the world are invited to use their smartphones to record clips from different sound environments, to upload them to a map and describe how those sounds make them feel. Loss of the Night is designed instead to measure light pollution.
In this regard, Chandra observes: «I think we’ve only just barely scratched the surface of what’s possible with current mobile technology. The average smart phone now comes with an accelerometer, a camera, a video camera, a magnetometer, an ambient light detector, GPS and, obviously, a speaker and a microphone, all as standard equipment. Considering how creative people are getting with simple GoPro cameras and their special mounts or cameras attached to drones just for fun, there’s clearly a lot of scope for some much more interesting citizen science apps than what we’re currently doing».

And what about Internet of Things? Sensors are cheaper and cheaper, the Internet more and more widespread. The average citizen «will soon be able to measure and track pretty much anything».
«Anyone will be able to deploy sensors and this will in turn generate huge amounts of highly granular data. Indeed, most of us will deploy sensors, even if not entirely deliberately, because they’re going to be embedded in the products we use».

In some ways – she concludes – we’re just beginning to build a massive nervous system for ourselves and our planet and it’s going to teach us all sorts of amazing things. We don’t yet know what we don’t know.

But it’s going to be very interesting. Stay tuned».