weLand Association is a cultural NGO founded in Asti, South Piedmont (Italy), in August 2012. Its aim is to develop a regional network of individuals and groups interested in aggregating, sharing and reusing open data for GLAMs (Galleries, Libraries, Archives and Museums), education institutions and tourism stakeholders. «The goal – Stefano Caneva, weLand Vicepresident explaines – is to make South Piedmont a smart land: a region with a stronger cultural identity and social cohesion, acknowledging and promoting the potential coming from its history, landscape and environment and able to attract and intercept human and economic resources at an international level».
weLand is in other words a glocal network: «a local network interacting with others at a national and international level» (Stefano Caneva). The idea of the association arises from the firm belief that innovation (and so the elements which innovation is generated by, culture and creativity) should take into account a bottom-up engagement of the community, in order to fully realise its potential and to become a real driver of social and economic development.
Let’s consider the case of Europeana. Since its foundation in 2007, it has been playing a fundamental role in the creation of a collaborative network of cultural/research institutions and public administrations, whose joint work has significantly increased the amount and quality of the available digital cultural datasets and enabled the accessibility, openness and reusability of the European Cultural Heritage for a great variety of end-users. As for the strategic placement of Europeana within the European society, during these years it has become evident the the centralised governance of the organisation, which was a consequence of the circumstances in which the organisation was born, needed to open up to more direct participation by the members of the network.
Yet the development of an increasingly larger network of partners has created the expectation for a more shared system of decision making, which would enhance the constructive feeling of being active part of a global movement.

Until recent time, the Europeana policy has been mainly characterised by a top-down approach towards innovation.

«Ongoing EU-funded projects – Caneva writes – such as RICHES and Civic Epistemologies are embracing an innovative approach, which recognises the importance of matching top-down research flow with bottom-up co-curation of the Cultural Heritage (CH) by citizens.
Centralised governance and a predominant top-down approach can be seen as two interrelated causes of the difficulties Europeana has met 1) to have its brand widely recognised by people outside the (Digital) Cultural Heritage professional sector and 2) to activate a fruitful economic reuse of digital datasets».
weLand sets itself up as local mediator working to connect a local community in a more engaging interaction with broad transnational networks, like Europeana. Among weLand’s initiatives, we want to mention the following.

•WIKI loves Asti
One of the first initiatives of weLand was a collaboration with Wikimedia Italia, responsible for the Italian edition of the Wiki Loves Monuments photographic contest.
Wiki loves Asti is part of a series of local initiatives experimented by Wikimedia Italia for by-passing the national legal restrictions concerning the economic reuse of public CH-related pictures in Italy: during the first edition of the Italian contest (2012), local Public Administrations or associations collected permissions for the monuments they wanted to include in the contest. This, Caneva explaines, «has proven a smart bottom-up solution in the long term, because: 1) it has allowed the Italian Wiki community to be active in an international project, by by-passing the deadlock caused by national legal obstacles; 2) it has spread the Wiki brand through people, making local communities aware of the importance of Open Culture and of the existing legal limits to its implementation; 3) it has built a relationship of mutual trust and collaboration between local communities and Wikimedia Italia».
By its side, since 2012 weLand has never stopped enlarging the list of monuments “liberated” for Wikimedia Italia. 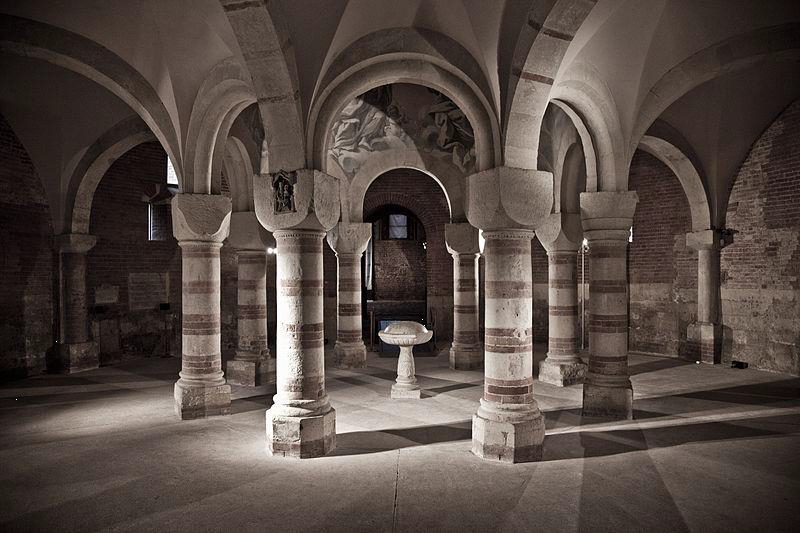 •Wikipedia va a scuola @ Asti (Wiki goes to school in Asti)
The initiative, launched in 2014, was aimed at implementing and testing a model of crowd-sourcing and participatory didactics in high-schools and at enabling students to play the role of prosumers, «qualified users who can contribute with their own knowledge and needs to the development of an open platform of knowledge» (Caneva).
In collaboration with Wikimedia Italia, weLand provided a free introduction to the MediaWiki syntax and online tutorship to the involved classes, which contributed so to the digital storytelling of their local CH.

The first product of the project has been recently released: the page dedicated to Asti on the Italian version of Wikivoyage, the free tourist guide administered by Wikimedia Italia. The project has attracted the attention of local stakeholders and on that basis funds will be sought to run a second edition of the project during the school year 2015/2016.

•From the Hills of Europe
in 2014/15 weLand has launched a digital school pilot programme meant to promote European active citizenship. The project has been carried out in collaboration with the Institut für Deutschlandforschung in Bochum (Ruhr Universität, Germany).
Two high-school classes (in South Piedmont and Ruhr) were trained in the effective use of social media and other digital tools for presentations and project management. They learnt moreover the monitoring of administrative Open Data, useful to study the impact of EU structural funds on local CH institutions. The students made large use of OpenCoesione and Monithon.it, two platforms administered by the Italian Ministry of Economic Development. Through these platforms, the youngsters shared the results of their monitoring activity with the whole community.
weLand is planning a second edition of From the Hills of Europe for the school year 2015/2016.

«Starting from these premises – Caneva writes – an ambitious goal of weLand for the upcoming years is to offer regional, small and middle-sized institutions and projects the possibility to join their forces in order to interact with Europeana […] weLand aims to combine the action of a local association with the vision of an international high-knowledge network […] In these first years of activity, weLand has been able to gain and give back a lot thanks to this open, collaborative attitude».