Tag: All Our Yesterdays

until 31 December in Sant Cugat, the exhibition from digitized vintage photography showcases everyday life in 1839-1939
“All Our Yesterdays” photographic exhibition at Arxiu Nacional de Catalunya

Another instance of the successful photographic exhibition All Our Yesterdays, originally produced in the framework of Europeanaphotography project (2012-2015) and now curated by the spin off association PHOTOCONSORTIUM, is taking place until 31 December 2017 in Sant Cugat, Barcelona, at the … END_OF_DOCUMENT_TOKEN_TO_BE_REPLACED

E-Space Photography Pilot was a guest exhibitor at the “Kunst in eigen Huis” (Art at Home) event on 22-23 October 2015 in Leuven, Belgium. The event was organized by KU Leuven groups of Seniores and students in Cultural Studies and wanted … END_OF_DOCUMENT_TOKEN_TO_BE_REPLACED

Photographic exhibition “Tomorrows and Yesterdays: Mads Nissen Meets Europe’s First Photographers” is opening on 13 May 2015 and running till 2 August 2015 at the premises of Arbejdeermuseet, one of the founding members of PHOTOCONSORTIUM. Here, award-winning Danish photographer Mads Nissen will juxtapose the original selection of around 100 early photographs from the All Our Yesterdays show with his own vision and reflections. END_OF_DOCUMENT_TOKEN_TO_BE_REPLACED 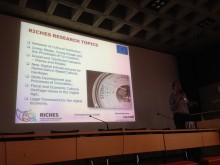 Neil Forbes, RICHES Project Coordinator, presented the project during the Final Conference of Europeana Photography, which took place in Leuven on 29-30 January 2015, hosted by CS Digital (KU Leuven) and the Lieven Gevaert Centre for Photography in Campus Library Arenberg. END_OF_DOCUMENT_TOKEN_TO_BE_REPLACED

The conference title is The Impact of Digitization on Photographic Heritage: Memories Reframed and took place on 29-30 January. The second instance of All Our Yesterdays took place from February 1 to March 15, 2015, in Campus Library Arenberg – Heverlee and Tweebronnen Library – Leuven (BE). Besides the exhibition, it included events for schools, seniors and amateurs as well as a PechaKucha Night, the first one to be held in Leuven. END_OF_DOCUMENT_TOKEN_TO_BE_REPLACED 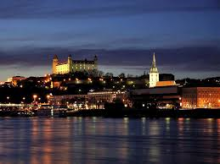 Focus of the plenary was the finalization of the +430.000 metadata of early photographs to be provided to Europeana.eu, the European digital library where the images digitizited by the project will be retrievable and accessible to everybody, and the organization of the final conference of the project, which will be joint to the opening of a new edition of the exhibition All Our Yesterdays, with a very special Belgian flavour that was added to the original format of the exhibition (held in Pisa in April-June 2014 for the first time) thanks to the cooperation with the Leuven City Archive. END_OF_DOCUMENT_TOKEN_TO_BE_REPLACED

The first international conference of the RICHES project concluded with success. The event, organised by partner Promoter in the aristocratic venue of Palazzo Lanfranchi, was attended by over 150 people.
International experts intervened as speakers, bringing their valuable contribution and offering new cues to the project research. END_OF_DOCUMENT_TOKEN_TO_BE_REPLACED

Next to the big archives which hold thousands and thousands of early photography items, a large part of this particular kind of cultural heritage is also widespread in the vintage photo-albums held in any family. Here we can find precious evidences of our grandfathers’ lifestyle, thanks to which we are able to retrace the memory of our territory. END_OF_DOCUMENT_TOKEN_TO_BE_REPLACED

The second instance of All Our Yesterdays will take place from February 1 to March 15, 2015, in Campus Library Arenberg – Heverlee and Tweebronnen Library – Leuven (BE). END_OF_DOCUMENT_TOKEN_TO_BE_REPLACED