EAGLE Mediawiki has been awarded as Best DH Tool or Suite of Tools at the Digital Humanities Awards 2016, an international prize yearly bestowed to Resources in Digital Humanities. EAGLE Mediawiki is designed to give a tool to anyone interested in making available the surviving inscriptions of the Greco-Roman world and contributing translations of inscriptions in several European languages, either by providing groups of translations or providing new ones. END_OF_DOCUMENT_TOKEN_TO_BE_REPLACED

EAGLE project and network aims to build a multi-lingual online collection inscriptions from the Greek and Roman World. The aim of the network is to make available the vast majority of the surviving inscriptions of the Greco-Roman world, complete with … END_OF_DOCUMENT_TOKEN_TO_BE_REPLACED

On 9 May 2016 a group of core partners of the EAGLE project founded IDEA – The International Digital Epigraphy Association in order to maintain, perpetuate and improve upon this ground breaking project. The goal of the association is the promotion of the use of advanced methodologies in the research, study, enhancement, and publication of “written monuments”. IDEA first General Assembly will take place in Pisa on 28 September 2016 together with a half day public event to present the Association to the wider audience. END_OF_DOCUMENT_TOKEN_TO_BE_REPLACED

Think you can write a winning story in 2500 words or less? Enter the 1st EAGLE Short Story Contest for your chance to win Euro Amazon Voucher for up to 200 Euross, get published in EAGLE Portal and Storytelling Application and participate in the EAGLE 2016 Conference! END_OF_DOCUMENT_TOKEN_TO_BE_REPLACED 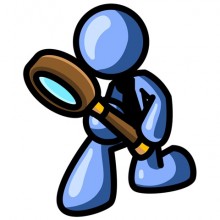 On 19 May 2015, the project was reviewed by the European Commission with brilliant results
EAGLE project: excellent progress!

“Excellent progress: the project has fully achieved its objectives and goals for the period and has even exceeded expectations”. So the European Commission concluded on 19 May, in Bruxelles, its review of the EAGLE project’s activities. The project’s conclusion looks really promising! Stay tuned! END_OF_DOCUMENT_TOKEN_TO_BE_REPLACED

In Bari, from Thursday 24 September to Friday 25 September 2015 the sixth EAGLE international event is being held, under the title “Off the Beaten Track. Epigraphy at the Borders”. Aim of the meeting is to discuss issues and raise questions about encoding inscriptions different from those labelled as standard, even in languages other than Greek and Latin. Organisers intend to address peculiarities that are due to material supports, executing techniques, graphic shapes, non-alphabetical signs and generally visual components relating to the epigraphic texts. END_OF_DOCUMENT_TOKEN_TO_BE_REPLACED

The first EAGLE promo video has just been released and is now available on the EAGLE website. The script focuses on the dramatic and compelling story behind the main inscription on the Arch of Septimius Severus in Rome, evoking the whole arc of the subsequent history of Ancient Rome. END_OF_DOCUMENT_TOKEN_TO_BE_REPLACED 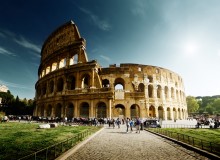 EAGLE 2016 International Conference on Digital and Traditional Epigraphy in Context is the second in a series of international conferences planned by EAGLE BPN. The event will feature presentations and hands-on workshops regarding themes of the EAGLE project, led by the project’s Working Groups. END_OF_DOCUMENT_TOKEN_TO_BE_REPLACED

Use and Re-Use of Digital Cultural Heritage Assets – Interoperability, Repositories and Shared infrastructures was the fifth in a series of international events planned by EAGLE BPN. The event, organised by The Cyprus Institute, in collaboration with Heidelberg University and Sapienza, University of Rome, featured presentations and hands-on workshops regarding themes of the EAGLE project. END_OF_DOCUMENT_TOKEN_TO_BE_REPLACED