The 14th EUROGRAPHICS Workshop on Graphics and Cultural Heritage (GCH 2016) aims to foster an international dialogue between ICT experts and CH scientists to have a better understanding of the critical requirements for processing, managing, and delivering cultural information to … END_OF_DOCUMENT_TOKEN_TO_BE_REPLACED

While cultural and social turbulence in the wake of the Digital Revolution still confronts us with substantial challenges, a new generation of creative scientists and engineers has long since gone a step further. They have joined forces with artists and … END_OF_DOCUMENT_TOKEN_TO_BE_REPLACED

Ars Electronica Linz was selected to conduct the competition to determine the first two recipients of an award launched this year by the European Commission that is as prestigious as it is highly endowed. The STARTS Prize, each accompanied … END_OF_DOCUMENT_TOKEN_TO_BE_REPLACED

a series of events across twined European cities, on stationary bicycles equipped with virtual reality technology!
#BigArtRide from April to June 2016

The #BigArtRide tour is a part of the Europeana280 campaign to launch Europeana Art History Collections – and will celebrate the Dutch Presidency of the EU.
END_OF_DOCUMENT_TOKEN_TO_BE_REPLACED

About the Conference FTC attracts researchers, scientists and technologists from some of the top companies, universities, research firms and government agencies from around the world. Join us for FTC 2016, the world’s pre-eminent forum for reporting technological breakthroughs in the … END_OF_DOCUMENT_TOKEN_TO_BE_REPLACED 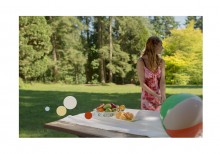 Using augmented reality technology, Paulo Majano’s project I Was Here tells the stories of local people and places in areas south of Vancouver in 3D scenes that invite viewers to interact with these locations and explore them virtually. The images … END_OF_DOCUMENT_TOKEN_TO_BE_REPLACED

Next edition will be held at American University of Beirut, Lebanon on 1-2 December 2016
e-AGE 2016: Call for Papers, Presentations, Posters and Participation

Integrating Arab e-infrastructure in a Global Environment, e-AGE, is an annual international event organized by the Arab States Research and Education Network, ASREN. Since its launch in December 2010 at the League of Arab States, It goes in line with … END_OF_DOCUMENT_TOKEN_TO_BE_REPLACED