The church was 3D scanned for reference to become an interactive, informal and formal educational space. 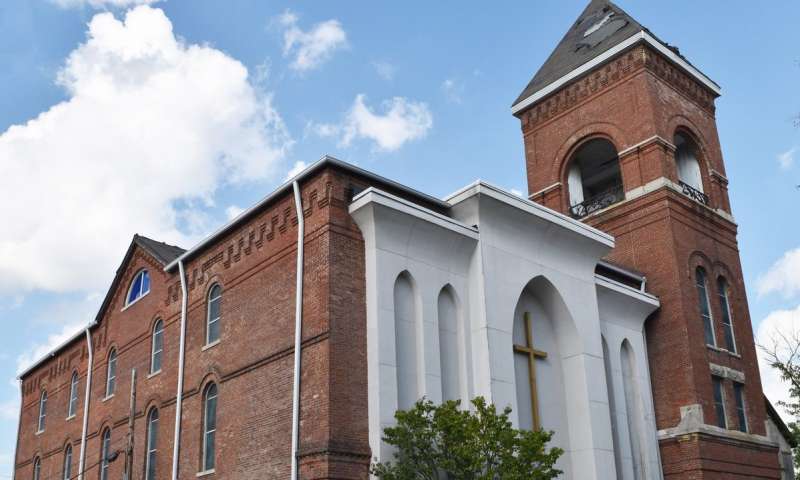 A 3D digital re-creation and preservation of Bethel African Methodist Episcopal Church, the oldest African-American church in Indianapolis, was performed by Indiana University and recently presented to the public.

Bethel AME Church has historically been the heart of the African American community in Indianapolis and played vital roles to support the abolitionist movement and the Underground Railroad, which provided protection to slaves en route to Canada. Education was also an important mission of the church, establishing the first school for African American children at the church in 1858, as Indianapolis’s public schools did not allow African American children to enroll. Bethel AME Church was listed on the National Register of Historic Places in 1991; at that time it was the only African-American church building in Indianapolis to receive that recognition. Because of deteriorating building, and without the major funding needed to proceed with the church repairs, the congregation began considering offers to buy the property and in early 2016 the building was sold to an Indianapolis-based developer, who agreed to preserve as much of the structure as possible, while planning to build a hotel on the property. The congregation was then moved to a new building.

In February 2017 Indiana University announced that its School of Informatics and Computing at IUPUI had received a grant from the university to create a three-dimensional virtual reality model of the historic Vermont Street church. IUPUI students collected 3,000 images for use in the modeling project, thus protecting the church’s history and legacy with 3D digital preservation techniques using virtual reality.

“Many people have visited or attended special events at the Bethel AME Church, once located at 414 W. Vermont St., and now they have the opportunity to revisit the church in virtual reality,” said Andrea Copeland, associate professor and chair of the Department of Library and Information Science.

“They will experience a unique method of preserving a historic place,” said media arts and science faculty member Zeb Wood. “Through the use of a VR headset, they will see the inside of the church’s sanctuary to scale. Participants will be able to move around inside of the church, and soon they will be able to interact with and learn about its members and their contributions to the city of Indianapolis.”

The church was 3D scanned for reference to become an interactive, informal and formal educational space that instigates innovative, collaborative learning opportunities.

Read the press release on Phys.org.