The Internet Festival just closed: numbers from a success.

Pisa was invaded by hundreds of people. Sold out for the workshops.

During this international event, that was held in Pisa from Thursday 4 to Sunday, October 7, about 30.000 unique visitors reached the website www.internetfestival.it and 11.770 people became fans of the Facebook page (which exposed the festival to a potential pool of more than 4 million people!). The festival was one of the top 5 most twitted events in Italy. During the festival 11.000 new users have registered to the city wifi network (Wifi Pisa and Serra)

These are the numbers for the Pisa event, which hosted 400 speakers, involved in over 150 events – including 107 meetings, 40 workshops, four exhibitions – in 22 locations (12 of which were connected live streaming on intoscana.it) .

Pisa was invaded by hundreds of people, and registered most of the events sold out; over 3.000 babies and families enjoyed the morning labs while over 2.500 people were present at the evening events “Impossible Interviews”. 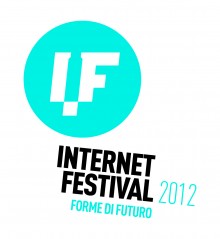 The Festival confirmed to be an international event with a strong foreign presence in high technology conferences and meetings from Galileo to Jobs, and with very valuable speakers from all over the world, from China to Brazil, from Canada to France, from England to the United States.

In four days, the festival reminded Steve Jobs, paid tribute to Alan Turing – the scientist who invented artificial intelligence – talked about music and downloads with Italian pop singer Daniele Silvestri, and about open data on the Internet with the expert Salvatore Iaconesi.

Moreover, the Festival talked about the Internet and politics, economic crisis, public administration and information, daily life of new applications for smartphones. Sold out for the workshops, even the morning ones for children, where children had fun with the game conference – including the “Gates vs. Jobs. The War of the bit. ”

The festival presented over 10 start-up projects of young people under 30, gave visibility to the success of the webseries, discussed the limits of democracy on the web, on the future of books, the Arab revolutions and privacy at the time of the smartphone. And  Wikipedia, Treccani and Encyclomedia themselves had to discuss about the future of the encyclopedia.