It’s all for the love of culture, using the latest multimedia technologies to preserve cultural heritage across a dynamic area of the world that links Europe, the Mediterranean, north African and on to the Fertile Crescent countries that include Jordan, Lebanon and Syria.

With the holding of the Euromed Heritage press conference in Amman at Grand Hyatt Hotel in Amman, on 10 December 2012, culture and technology for preservation of heritage and protection take the high-seat. 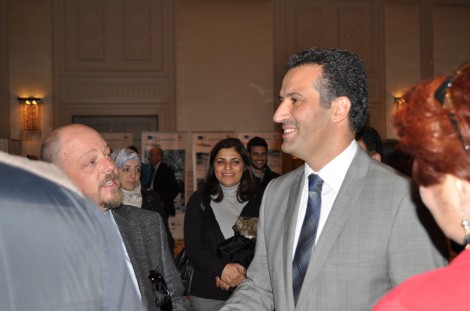 Minister Fayez on a lighthearted note

Jordan’s Minister of Tourism and Antiquities and Minister of Environment Nayef Hmeidi Al-Fayez launched the event in collaboration with European Delegation in Amman to disseminate the results and actions of 4 EU-supported projects in Jordan and the Euromed countries in a blustering force.

Under the spotlight were the projects of ATHENA (Ancient Theaters Enhancement for New Actualities), Med-Mem (Sharing our Mediterranean Audio-Visual Heritage), Medliher (Safeguarding Mediterranean Living Heritage,) and Youth in Lebanon and Jordan Promote Cultural Heritage, (Foundations for a Strong Future projects).

Minister Al Fayez was upbeat telling the gathering which included managers and staff from the projects, media personalities from the press, radio and terrestrial and satellite channels, from archaeological institutions in Jordan and civil society organizations, he is very pleased about these important projects both for Jordan and the Euromed countries together.

“It gives me a great sense of pride to be able to talk to you about these Euromed Heritage projects that link heritage, culture and history with the needs of the modern world. Their success is bearing fruit because of their diversity as they connect different institutions of society and contribute to the economy, culture, heritage and the arts,” the Minister stressed.

“All four projects…are powerful landmarks to build on because they touch “tangible” aspects of our lives, revolving around a structure of actions in the field of cultural heritage for a better environment and sustainable human and economic development,” he continued.

Minister Fayez who takes a keen interest in putting Jordan on the map as a powerful tourist destination said it was remarkable to see how the notion of cultural heritage has been dealt with, tackling different aspects from forging mechanisms for safeguarding heritage, reinforcing institutional capacities and civic institutions, to extensive multi-media archiving, as well as bringing the youths and local communities and getting them involved to support culture and heritage.

He paid tribute to the international organizations, authorities and academic institutions and universities that have been on these projects in the countries of Algeria, Italy, Spain, Tunisia, France, Lebanon, Egypt and Syria and said he was particularly pleased Jordan is leading the ATHENA Project under the Department of Antiquities and is coordinating with all partners.

It was a full program of dissemination through power-point presentations. Nizar Al Adarbeh, Manager of the ATHENA Project in the Department of Antiquities spoke on behalf of Christian Dabdoub Nasser, team leader in the Regional Monitoring and Support Unit in Brussels responsible for the projects under the Euromed Heritage IV Program.

“We are disseminating presently the results and achievements of four projects out of 12 regional projects under the Euromed Heritage IV Program which took effect from late 2008 and is ending in early 2013 at a total budget of 17 million euros,” he said.

“The Euromed program, started in 1998 with total spending of 57 million till 2007, shows the commitment of the European Union to the Euromed area that includes Algeria, Palestinian Authority, Jordan, Lebanon, Morocco, Tunisia and other countries in the region,” Al Adarbeh added. 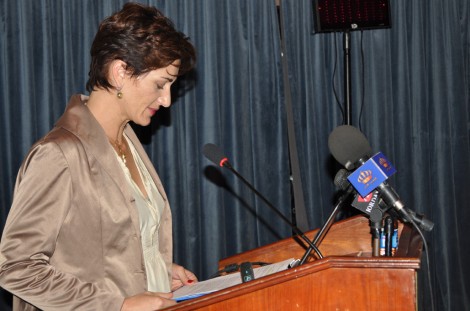 Representative of the EU mission in Amman and First Councillor Ms Irene Mingasson and expressing the European Union’s view when she said the Mediterranean has a rich cultural legacy that provides a vital link to promote coexistence, international relations and dialogue.

Khaled Al Abdallat said the Med-Mem is a 14–television network from Jordan, Italy, Algeria, Morocco and France that had collected a massive 4000 videos in support of Euro-Mediterranean and can be viewed free at the online archive of www.medmem.eu site.

The Safeguarding Mediterranean Living Heritage, Medliher, involved protecting heritage through strengthening the institutional organizations on the local, national and international levels and raising their capacities and creating the avenues to safeguard cultural heritage. 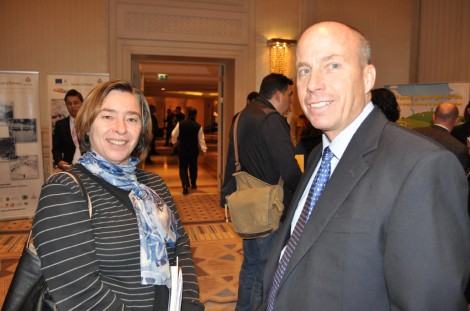 The Youth in Lebanon and Jordan Promote Cultural Heritage project about instilling culture and heritage amongst youths in both countries was presented by Mercy Corp in Amman Director Robert Marony whose organization represents the through the Foundations for a Strong Future. The project also involved developing programs for these young members of society to make sure they identify and develop pride in their cultural heritage.

The last presentation was on the ATHENA Project for the Ancient Theaters Enhancement for New Actualities. Nizar Al Adarbeh spoke about the successes and moves to sustain ancient theaters and make people and local community more aware of the need to sustain these structures by safeguarding them from long-terms risks.

“The ATHENA Project achieved a great deal of work actions on the research, documentation and digital scanning levels of ancient theaters across the Euromed region and this included networking with the partner countries of Jordan, Tunisia, Italy, Algeria and Spain, and this involved regional meetings in Amman and Tunis to ensure a smoother work process,” he added.

Such cooperation with the different partner institutions, interacting with archaeologists, academics, archivists, media workers, television professionals and skilled digital surveyors ensured the success of these projects.

Much banners were hoisted around the hall that highlighted different ancient sites in Jordan as well as laser scans while two banners of Alladin’s Magical Journey to Ancient Theaters displayed to signal the children’s book written by award-winning writer Mohammad Al Thaher.

At the end of the press conference there was a book signing ceremony of Alladin’s tale that was distributed amongst the audience. The children’s book is to be disseminated across many public schools in Jordan which is seen as a way to ensure the sustenance of ancient theaters among young people for future generations.

This is because of the importance of the each with Alladin flying from one theater to the next carrying messages for the respect of ancient theaters.

Another book on the stand was Crossing Viewpoints: Living Heritage in the Mediterranean, a latest publication of the Euromed Heritage Program in cooperation with the Adverbum and Jarouss Press to stress the importance of cultural heritage in the region.