Foreword:
We begin a multimedia journey that will lead us through some databases that contain extraordinary documents related to intangible cultural heritage.
We will first see how the South China Research Center of the Hong Kong University of Science and Technology operated. In the next article we will go to Europe  referring  to the Patrimoine vivant de la France before returning to the East, in Tibet.

When we talk about cultural heritage we generally think of monuments or collections of objects; more rarely we pay attention to the fact that oral traditions transmitted by our ancestors, including language, rites and feasts and many others, constitute a great intangible cultural heritage whose preservation is indispensable to foster intercultural dialogue, in mutual respect for different ways of living and cultural diversity. For the purpose of collecting this intangible heritage, in 1989 UNESCO presented the first Recommendation on the Safeguarding of Traditional Culture and Folklore, followed in 2001 by the Universal Declaration on Cultural diversity, until the adoption, in 2003, of the Convention for the safeguarding of the intangible Cultural Heritage. As stated in the foreword of the Convention, the invaluable role of the intangible cultural heritage is being a factor in bringing humans closer together, ensuring exchange and understanding among them, with the aim to ensure respect for the intangible cultural heritage of the communities, groups and individuals concerned. 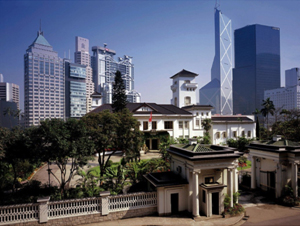 In 2009 the Leisure and Cultural Services Department of Hong Kong decided to start the collection of oral testimonies to create an archive of intangible cultural heritage. The Department assigned the research work to the South China Research Center of the Hong Kong University of Science and Technology that finished the first inventory in 2013.The web site is very interactive and search can be done both for Rilevancy, Title, Popularity, either by Publishing date, Publishing year, from oldest or newest. 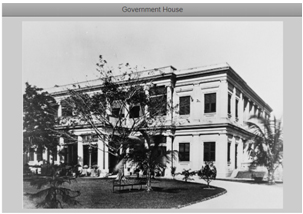 Among the collections we have: Digital collection, e-book, Old H.K. newspapers, Exhibition; Hong Kong intangible Cultural Heritage database. Who is interested in the study on the history of Hong Kong, district development, social life as well as the local heritage preservation in Hong Kong can explore the Digital collection, focusing first on the Photo section that allows you to have an idea of the huge and fast economic development of the metropolis. It contains 13975 old photos of Hong Kong dating back to the mid-19th century, with themes on historic buildings, street scenes, social customs and traditions, festivals and people’s livelihood. 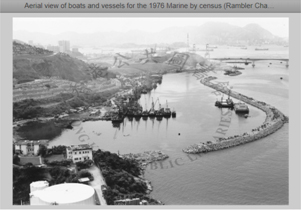 This picture is from 1865 and represents a view of Hong Kong from Scandal Point; the Government House is at the center of the photograph. We find a single photo of the goverment House constructed in 1855 as a Colonial Renaissance style and put next to it the modern photo, which shows not only the architectural changes made to it during japanese occupation, but the development of the city occurred since the 1950s. 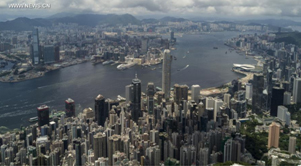 Going into the oral history material we find social practices, rituals, performing arts, culture of traditional Chinese medicine and we are warned that it is extracted from people’s memories, which inevitably become blurred or distorted in the course of time; sometimes the memories are hazy because of the different state of mind, of the different health conditions as well as the environmental ones.
The White Tiger Festival is placed among the social practices, while fishing techniques in traditional crafts. There are then legends, puzzles, expressions.
The database contains 480 items for public access that are available in Chinese version with a abstracts in English for ethnic Minorities groups items. 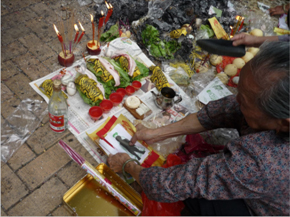 We believe that the intangible cultural heritage must be compliant with international human rights instruments, as well as with the requirements of mutual respect among communities, groups and individuals, and of sustainable development.