Curatorial and Programming Activities to Drive Cultural Participation: A Museum to Relate, Represent and Self-identify

All images courtesy of the authors. 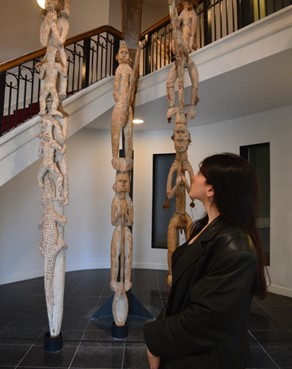 Diversity and inclusion are paramount issues within our interconnected social domain. The concept of cultural diversity can be understood under the definition of UNESCO as the plurality and uniqueness of the identities of societies and groups within, making up humanity. While diversity is about plurality, inclusivity is about welcoming and valuing those with different identities to ensure social cohesion and harmonious interaction. UNESCO also defines cultural participation as the individual’s participation in any activity. It represents a way of increasing their own cultural and informational capacity and capital, which aids in defining their identity, allowing for personal expression.

In Western countries and cultures, ethnic minorities and immigrant populations still feel underrepresented among museum audiences (Ang, 2018). Due to the cultural underrepresentation, individuals cannot identify with museums; therefore, they struggle to find museums relevant, which might explain the lower cultural participation within the museums (Olivares & Piatak, 2022). 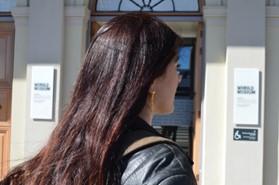 As a team, we decided to investigate this matter by diving into diversity in museums by exploring the four Ps – People, Programmes, Public and Partnerships, found in the Dutch Diversity & Inclusion Code, and applying them to the Wereldmuseum Rotterdam. The Wereldmuseum Rotterdam is an ethnographic museum discussing humans and their culture, representing 130 years of collecting by and for the Rotterdam inhabitants. As a cultural institution known for its values of commitment, inclusion, and relevance, and by linking diversity issues to contemporary society in their exhibitions, such as colonialism and gender, the Wereldmuseum Rotterdam serves as an appropriate case in this context. With its collection, the museum aims to show the rich, culturally diverse identity of the city of Rotterdam. The mission is to inspire an open view of the world and contribute to global citizenship (as stated on the museum’s website).

As part of a Museums in Context course at the Erasmus University Rotterdam, we focused our research on the residents of Rotterdam’s neighbourhood Zuid because the majority of the residents have an ethnically diverse immigrant background. The neighbourhood is socioeconomically disadvantaged, noted as a problematic area with higher unemployment rates, lower incomes, higher levels of criminality, and social exclusion compared to other regions of the Netherlands (Gemeente Rotterdam, 2022). Similarly, social cohesion and a sense of unity are lacking in the neighbourhood due to increasingly fragmented communities and residents experiencing a divide between themselves and the Dutch natives. Minorities and migrants experience a lower level of cultural participation. In light of this ethnically heterogeneous environment and the city’s developments, museums such as the Wereldmuseum are keen on becoming more relevant to young adults with a non-Western or migrant background (as stated in the museum’s annual report). Understanding the diversity of their cultural identities could support museums in delivering a more pluralistic service to represent their constituents. 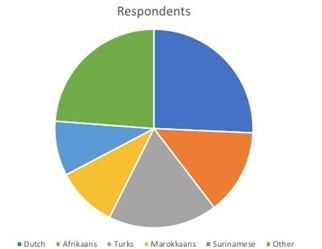 Our survey was responded to by 101 residents of neighbourhood Zuid; most of them were young people who could have been interested in participating in many museum activities and would like to feel included and represented through the various exhibitions and collections that the museum organises every once in a while. Respondents ranged from 12 to 54 of age; half were between 18 and 24 years old. A quarter ranged from 25 to 34; the last quarter represented the 34 to 54 age group.

Through a grading scheme, we wanted to detect the attitudes toward museum visits. Most people are neutral (35.71%) when it comes to deciding if they actually feel represented in museums’ exhibitions in terms of their culture and background, which is directly related to the result in the question of whether their participation in the museum would increase if they felt that the museum could represent them. Thus, people do not have a positive or a negative feeling about their underrepresentation in museum exhibitions, nor do they know if that would actually help them to visit more museums. 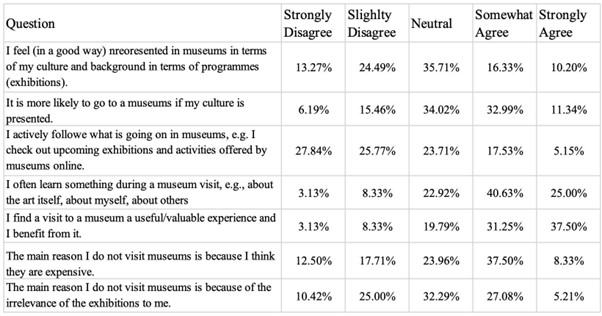 We found a large majority of our sample (55.45%) visit a museum in Rotterdam at least once a month, of which 70.6% are at the university level. The result agrees with previous evidence relating museum visits with higher education, which explains that merely 26 out of 101 respondents have not been to a museum in Rotterdam. One of the main reasons most people have not visited a museum is that they believe that museums are too expensive and exclusive, favouring other cultural activities over a museum visit, such as reading books, dancing, or listening to music. Moreover, a more significant majority of respondents play sports (21.9%) and video games (12.9%). That means the people are interested in cultural and creative activities but feel that the experience of a museum does not justify the price.

Our findings from the Interview with the curator on collections, migration, and the city of Rotterdam at Wereldmuseum provided valuable insights on the implementation of policy to advance the Dutch Diversity & Inclusion Code.

Public and People: How to lower cultural barriers for young non-Western migrants to visit museums? It is about accessibility and inclusion in the most basic sense and about building a relationship based on trust so that different people can identify themselves with the institution at different levels. All “Ps” are very interrelated; focusing on one is never mutually exclusive, which adds to the difficulty of measuring results in the context of diversity and inclusion. There is no space for self-identification; categorising people does not give the layeredness and the complexity of cultural identities emerging from community migration. Therefore, this difficulty with the ‘Public’ also refers to ‘People’ where museums have to question how to create an environment where diversity can flourish internally.

The main issue is that a particular representation of minority culture as the “Other” keeps a specific institutional structure alive. Because this process is a longitudinal effort, museums must challenge this structure of narratives. Museums are still limited to becoming more responsible and ethical; explain what limits museums. In this way, museums’ work still preserves a “certain form of symbolic violence” towards its migrant communities.

Program and Partnership: The “Programming” of exhibitions revealed that museums are still perpetuating exclusion and maintaining a colonial mindset; collections are often based on interests that were once formulated paternalistically from a hierarchy at the institutional level. These ideologies depicted “Otherness” or the Oriental from a Western perspective. An example is “labelling” used in museums where textiles from Eastern regions would be framed as “ethnic dressing”, whereas textiles from Europe were considered fashion or design.

Decolonisation is used as a method “to see how we can change or challenge Eurocentric and monolithic perspectives”, which can be explored by working with different communities to integrate diversity in designing an exhibition. For example, the Wereldmuseum has the Extended Family Program, an educational service encouraging participation by including various local community members in the curatorial process and developing new forms of interaction with the collection and the museum itself. The program invites certain artists within Rotterdam from different background experiences to create products such as videos, documentaries, etc. There is a threat of opportunism and window-washing from museums, ensuring that the intention is genuine and partners get enough agency in the collaboration. To evade such pitfalls, museums need to establish representation at all levels of the hierarchy to exert influence at institutional levels. 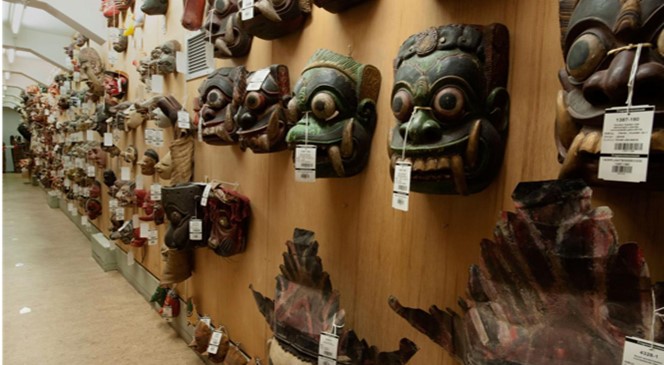 image: collection of the Wereldmuseum

Ethnographic museums such as the Wereldmuseum are implicated by their colonial history. Nonetheless, they are cultural intermediaries with the power and resources to instil a sense of cultural identity and reconcile minority communities through diversity and inclusion frameworks. However, the Wereldmuseum has attempted to counteract its representational biases through targeting strategies and providing participatory and co-creation opportunities for intercultural dialogue.

The underrepresentation in museums and consumers’ monetary barriers can explain the low level of cultural participation. Our findings suggest that a lack of representation and self-identification plays a significant role in the museum. Our sample showed evidence of individuals who still feel cultural background barriers and perceive a lack of personal and emotional relevance to visiting museums. That is a high barrier hindering cultural participation for minority groups especially coupled with no strong museum-going habits and alternative cultural preferences. Yet, interest in museums among (young) non-Western residents exists. Museums can potentially enhance cultural engagement and participation in Rotterdam-Zuid by relating curatorial and programming activities to residents’ themes.