The fourth edition of the TECHNOLOGYforALL Forum will be held in Rome from 17 to 19 October 2017. Italy’s role in the development and conservation of the world Heritage is a framework where we will try to analyse the weighted … END_OF_DOCUMENT_TOKEN_TO_BE_REPLACED

CEPROQHA (NPRP9-181-1-036) is a cooperative research project between Qatar University and Brunel University (UK), funded by the Qatar National Research Fund (QNRF) under the National Priorities Research Program (NPRP). As the State of Qatar transitions to a knowledge-based economy, it … END_OF_DOCUMENT_TOKEN_TO_BE_REPLACED 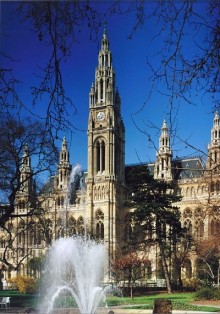 This two-day workshop is jointly hosted by CARARE and Europeana at the University of Leiden, Faculty of Archaeology.  The theme of the workshop is Archaeology and Architecture in Europeana. The physical remains of Europe’s rich heritage are all around us. The … END_OF_DOCUMENT_TOKEN_TO_BE_REPLACED 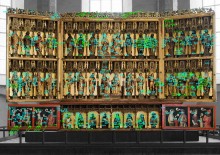 now, citizens from around the world can vote online for the Public Choice Award and win a trip to Turku for the Awards Ceremony.
Rode Altarpiece project, co-funded by E-Space project, wins Europa Nostra award!

On the 5th of April, the European Commission and Europa Nostra revealed the winners of the 2017 European Union Prize for Cultural Heritage / Europa Nostra Awards, Europe’s top honour in the heritage field. The 29 laureates from 18 countries … END_OF_DOCUMENT_TOKEN_TO_BE_REPLACED

the conference and exhibition opens on 27th April 2017, gathering international attendees, cultural institutions, experts and companies working in the field of cultural heritage
Restoration, Archaeology and Museum Technologies are meeting at ‘’Heritage Istanbul’’

The only exhibition that gathers together Restoration, Archaeology, and Museum Technologies under one roof, ‘’HERITAGE ISTANBUL’’ will take place on 27-29 April 2017 at Hilton Istanbul Convention & Exhibition Center. ‘’HERITAGE ISTANBUL’’ organized by TG Expo to open new paths … END_OF_DOCUMENT_TOKEN_TO_BE_REPLACED

a project of IATP International Association of Photography and Theory invites artists to collaborate - deadline 21st May 2017
OPEN CALL Ar(t)chaeology: Intersections of photography and archaeology

This Call invites artists who particularly work with photography to respond to the theme of the International Association of Photography and Theory’s first collaborative project entitled Ar(t)chaeology: Intersections of photography and archaeology. The project will run from May to December … END_OF_DOCUMENT_TOKEN_TO_BE_REPLACED

EAGLE Mediawiki has been awarded as Best DH Tool or Suite of Tools at the Digital Humanities Awards 2016, an international prize yearly bestowed to Resources in Digital Humanities. EAGLE Mediawiki is designed to give a tool to anyone interested in making available the surviving inscriptions of the Greco-Roman world and contributing translations of inscriptions in several European languages, either by providing groups of translations or providing new ones. END_OF_DOCUMENT_TOKEN_TO_BE_REPLACED

To launch the campaign, Europeana is inviting users to create digital records of handwritten personal letters of WWI in the first Love Transcribathon of Europeana 1914-1918
#AllezLiterature; the new #AllezCulture campaign by Europeana

With the end of the art-based Europeana 280 campaign, Europeana is opening a new chapter with the launch of #AllezLiterature. Organised around three main phases, this new thematic campaign will focus on libraries and archives and run on social media … END_OF_DOCUMENT_TOKEN_TO_BE_REPLACED