Citizens engagement aims to bridge the gap between science and society

As part of the “Festival della Scienza”, a very important and wide event taking place from October 27 to November 6 at Genoa (Italy), CIVIC EPISTEMOLOGIES project has been selected to discuss about the Citizens engagement and the results of its studies into a session devoted to the Open Science.

The venue of the meeting was in the premises of the Regione Liguria –  Sala Trasparenza.

The event, in italian language, interested a wide number of experts from different areas of interest. Starting from different experiences and expertise but interested to dibate on how citizens may be involved in the reserch processes. 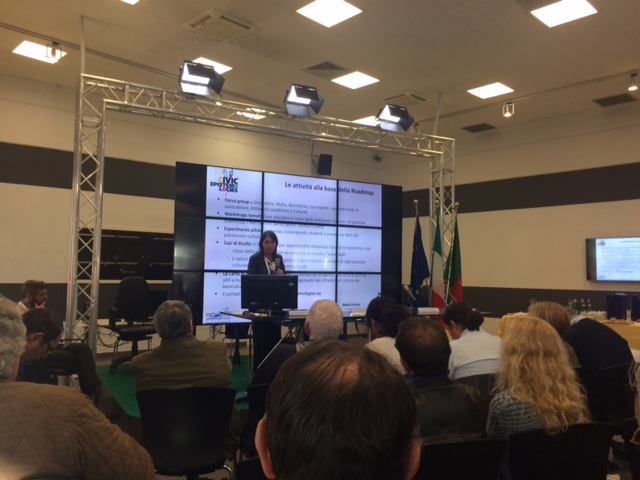 Antonella Fresa, presenting the results of the CIVIC EPISTEMOLOGIES’s EU project, reflected about the necessity to engage the Citizens in the research on cultural heritage and humanities (also considering new creative approaches).

The term Open Science describes how digital technologies, media and networks are changing the way in which research is conducted, shared and disseminated. The scientific community benefits from greater collaboration among researchers supported by new technologies – as well as open to the contributions of the citizens – and it is at the center of scientific debate concepts such as transparency and reproducibility of research results. In particular, the strong demand for open data, as freely and open available for all, highlights the need for adequate supports for the storage and sharing of the data, as well as platforms to make them more accessible. Thus, citizens are invited to make its entry into the “data space”, and to support projects and research playing an active role through citizen science initiatives. Moreover, the citizens, are the recipients of a number of science communication activities, aimed to bridge the gap between science and society. Are you interested to these themes? Would you like to know more about the Open Data and about your possible role as a scientific citizen? Join us and participate to the Open Science Café!

The Workshop has been organised by Elsevier.

A full report of the event (including all the presentations) is available here: http://www.civic-epistemologies.eu/the-roadmap-for-citizen-science-will-be-presented-at-the-festival-della-scienza-genoa-3-november-2016/