STARTS Prize 2016 to “Magnetic Motion” and “Artificial Skins and Bones” 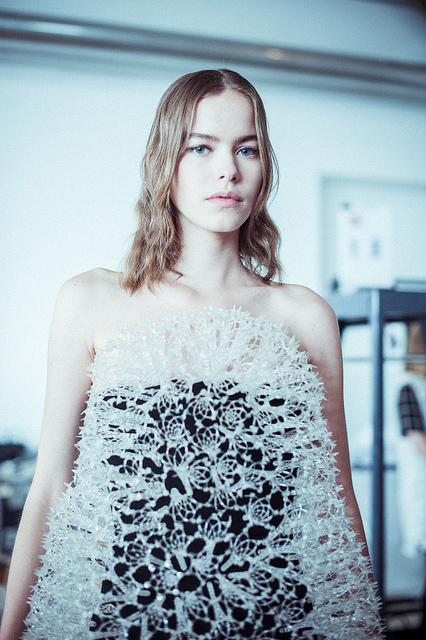 Ars Electronica Linz was selected to conduct the competition to determine the first two recipients of an award launched this year by the European Commission that is as prestigious as it is highly endowed. The STARTS Prize, each accompanied by a €20,000 stipend, honors innovative projects at the interface of science, technology and the arts in two categories: one for artistic research, and thus projects with the potential to influence or change the way technology is deployed, developed or perceived, and one for innovative cooperative ventures teaming up industry/technology and art/culture in ways that open up new paths for innovation.

A committee then shortlisted 30 projects, which were presented to the STARTS jurors for their consideration. Following extensive deliberations, they decided on “Magnetic Motion” by Iris van Herpen (NL) and “Artificial Skins and Bones” a project seminar staged jointly by Berlin Weißensee Academy of Art, Ottobock and Fab Lab Berlin.

Both prizewinning projects will be on display at this year’s Ars Electronica Festival (September 8-12, 2016) in Linz, where the artists as well as the respective project partners will make appearances.

Plus, a major STARTS show will highlight the next BOZAR Electronic Arts Festival (September 22-24, 2016) in Brussels. Additional STARTS presentations are scheduled for autumn in Tokyo and London. 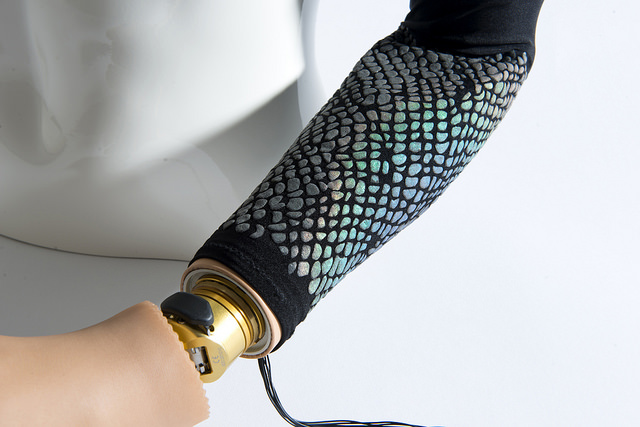 “In the Digital Age, art and engineering no longer represent mutually contradictory ways of thinking,” maintains G.H. Oettinger, EU Commissioner for Digital Economy and Society. Science, technology and the arts (STARTS for short) constitute a nexus at which insightful observers have identified extraordinarily high potential for innovation. Accordingly, Commissioner Oettinger foresees digital transformations in industry, culture and society providing the main impetus for interdisciplinary and inter-genre collaboration when innovation is the desired result. Moreover, he emphasizes that the link-up of technology and artistic practice is a win-win situation for both European innovation policymaking as well as the world of art, which is precisely why STARTS focuses on both artistic relevance and a project’s significance/utility for industry and society. In this context, Commissioner Oettinger emphasizes that this should by no means be construed as restricting artistic latitude for experimentation. This is said to be utterly counterproductive since creativity on the part of artists is, after all, first and foremost an upshot of their independence.

Since 1979, Ars Electronica has been exploring the multifarious impacts that digitization and networking are making on our world. In going about this, art, technology and society are never scrutinized as discrete domains; instead, they’re considered as interrelated elements of a unified vision. Ars Electronica’s process of artistic reflection on explosive developments, its ongoing inquiry into alternative future scenarios and the framework circumstances, strategies and protagonists necessary for their emergence, as well as the ways and means inherent in all of these activities to encourage people to get actively involved in configuring our shared future are what make Ars Electronica the ideal partner of the STARTS program. The Ars Electronica Festival, a platform and showcase that has been making a name for itself worldwide since 1979, the Prix Ars Electronica competition that has honored excellence in media art annually since 1987, the Ars Electronica Center that premiered in 1996 as a Museum of the Future and educational facility, the Ars Electronica Futurelab founded the same year as an in-house R&D lab/atelier, and Ars Electronica Solutions, the division responsible for an impressive array of joint ventures with partners in industry and commerce, also contribute mightily to this effort.