at Galerie Mordoch, visitors are immersed in the digital world and the world of computers to question the notion of self-portrait

Digital artist Miguel Chevalier has a solo exhibition « Machine Vision 2019 » at Galerie Mordoch in Paris, where he is presenting his latest research into the theme of the digitized body, a theme he has been exploring since the 1980s. 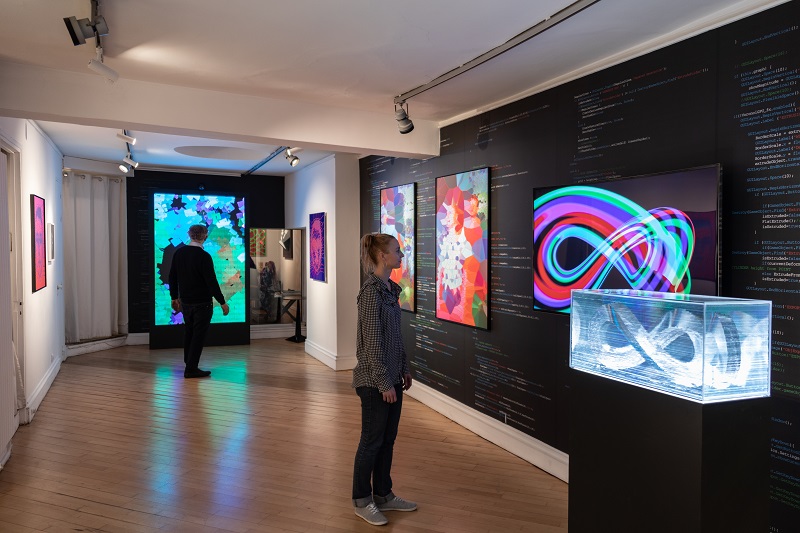 L’œil de la machine is a new interactive digital artwork that explores the notion of the self-portrait. It also addresses the question of the new types of images produced by surveillance cameras equipped with facial recognition systems. Visitors are immersed in the digital world and the world of computers as soon as they enter the gallery, whose walls are covered with wallpaper made up of fragments of algorithms like, a code waiting to be deciphered. Two variations created by software written by algorithmist Claude Micheli are displayed, one on an 82-inch vertical screen and the other on a curved, horizontal monitor measuring 65 inches.

By standing in front of them, the viewer shifts from the real to the virtual world for the duration of an ephemeral artistic performance. His/her portrait is deconstructed in real time in a constant interaction between man and machine. Captured by a camera connected to a computer that processes the data according to different geometric algorithms, the visitor’s silhouette undergoes a process of tessellation as it is fragmented and divided up into thousands of polygons. The exhibition also presents an exclusive preview of different creations that address the theme of infinity, either presented on monitors or in the form of one-sided sculptures that endless turn on their axis. The exhibit also includes works in the manner of a voronoi diagram that are screen-printed on Dacryl® panels, such as a self-portrait of the artist, or a representation of Le Marcheur, a symbol of 21st century man. The exhibition is in Paris until 25th May. 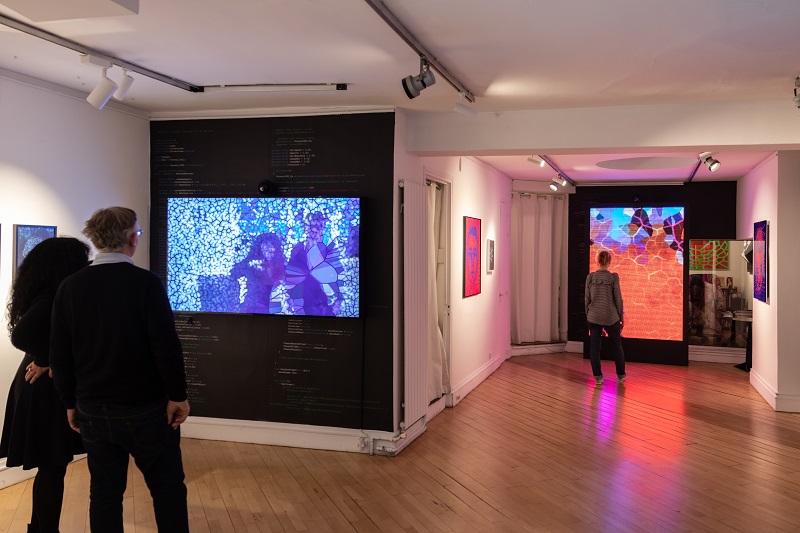