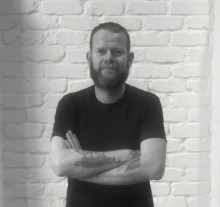 Ivan Barge directed the multi-award winning, Madam Black, a deliciously dark comedy with novel use for a dead cat.

On the way home from work, Marcus runs over a cat.  He meets its young owner, Tilly and tells her that Madam Black has gone on a round-the-world trip. When Tilly asks for evidence, Marcus promises to bring Madame Black’s postcards to her.

Hilariously funny and also charming, despite the slightly edgy use of a dead feline, Madam Black was a favourite with Edinburgh audiences this year, what was the inspiration behind the film?

Matthew Harris wrote the script and he was inspired by a couple of things. An unfortunate accident he had with a kitten that he stood on in the middle of night while nursing his crying baby, it was touch and go for a while but fortunately the kitten came through, however it never really purred the same again. As well as a story recounted by Dora iamant, the lover of author Franz Kafka. According to Diamant, she and Kafka met a little girl in a park who was crying because she had lost her doll. Kafka told her not to worry since the doll was away on a trip and would be sending correspondence.

How much of a challenge was it to obtain a lifelike cat corpse? Co-incidentally, someone I know is making a film that features roadkill, any advice?

It was really hard, we were two weeks out from shooting with no cat, which given the story was problematic. But my art director managed to find one at the eleventh hour, which meant all the postcards in the film had to be composited, as the stills shoot with the cat had to happen after the film as there just wasn’t enough time. I would suggest trying vets, we had a few options, but they weren’t quite right, ‘Madam Tortoiseshell’ doesn’t quite have the same ring to it. 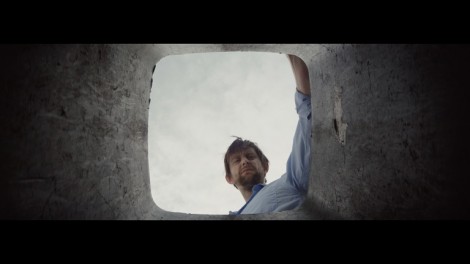 Has the cat loving community in New Zealand taken to the film, or do you get hate mail from cat fanciers?

There has been no hate mail thus far, in fact we won the Audience Award at the New Zealand International Film Festival and I’m sure there were a few cat lovers in the audience. It’s not like we put a hit out on a cat, although that would have been tempting given how close to the shoot we were when we finally managed to source one.

Thankfully when we got her ‘Madam Black’ had already passed into the afterlife, although there seems to be some truth in the proverb ‘A cat has nine lives’. She’s been immortalised onscreen and has had a festival run which doesn’t seem to want to end, we are 21 months in.

We especially loved the ending, where Madam Black marries another cat and settles down in Scotland (apparantly inside Eilean Donan castle!) Was that always in the script or were you just trying to impress us? A lazy writer might have got them married in Paris for example!

I had to go back to the script to answer that, as it’s been so long, Matt is a very visual writer and so he scripted most of the destinations such as Pisa, as wells as the forced perspective in that shot, and the Taj Mahal. However there was a bit of leeway with Scotland, Ginger Tom is scripted as wearing a kilt and they are both standing beside a wedding car.

I treated the postcards and the backdrops as a whole, I wanted the audience to think that perhaps the character ‘Marcus’ had bought them somewhere as a job lot, I wanted them to feel if as if they were part of the same world. I came up with some reference in terms of tone and photos of places that were shot as close to the angle we needed, so we had the right perspective. 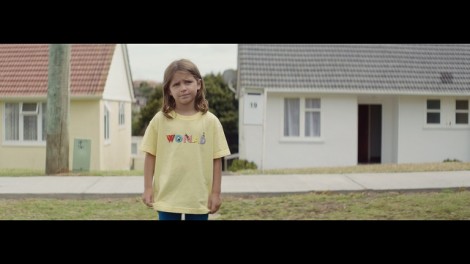 Local illustrator, James Stewart, nailed it and it’s a testament to collaborating with talented people, he took what I gave him and made something much better than I could ever have imagined. From there we had a lot of fun introducing foreground elements, such as props and wardrobe, to bring his 2d images to live.

In the wedding scene, we didn’t have money for a cat tuxedo and there are not to many available at the hire shops. So that’s a piece of MDF with a suit painted on to it, with the cats head and paws poking out.

As a child I spent a lot of time in the Highlands, my father lived in Inverness, it’s such a magical place that it seemed the perfect location for a cat wedding. It probably could have been any number of castles in that part of the world, but I found an image of Eileen Donan that felt like a great fit.

What changes to the film did the challenges of shooting it lead to?

They say there is the film you imagined, the film you shot and the one you edited. That certainly was the case with ‘Madam Black’, particular the ending which was not working in the edit. The film finished at the party scene which felt abrupt and so a year after the shoot we did a pick up. We shot an album of the postcards over the shoulder of Pearl Everard, who plays ‘Tilly’, we had to as kids grow up so quickly.

It’s the final shot in the film, it add’s a comic beat but more importantly it gave us a full stop. 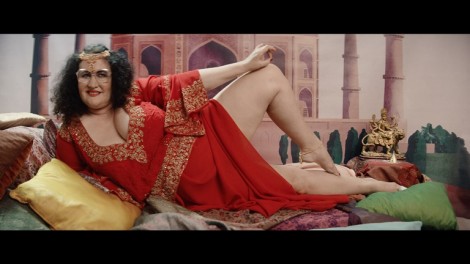 What are you planning next and will it still be a comedy?

I’ve got a couple of feature projects at the early stages, I suspect there will be a few laughs in both, but like ‘Madam Black’ they are are a mixture of comedy and pathos, ‘make them laugh, make them cry, make them wait’. I like stories that mirror life, in our saddest moments there is often laughter and vice versa. It’s how we cope.

Matt is writing a script and I will be excited to read that as they are alway a joy. He creates wonderfully original narratives, he understands structure and writes fantastic dialogue. On top of that, I just love working with him, as he’s a great collaborator.

Also I have an adaptation of Laurence Fearnley’s novel ‘Edwin & Matilda (An Unlikely Love Story)’ in development with the New Zealand Film Commission. Martha Hardy-Ward, who wrote ‘Ellen is Leaving’ which won Jury Awards at SXSW and San Francisco a few years ago, is working on the second draft which I should get back at the end of April.