The European Cinema Night, to celebrate the richness of the European film culture

The third edition of  the European Cinema Night was organized by Creative Europe MEDIA in collaboration with Europa Cinemas from 16th to 20th November. 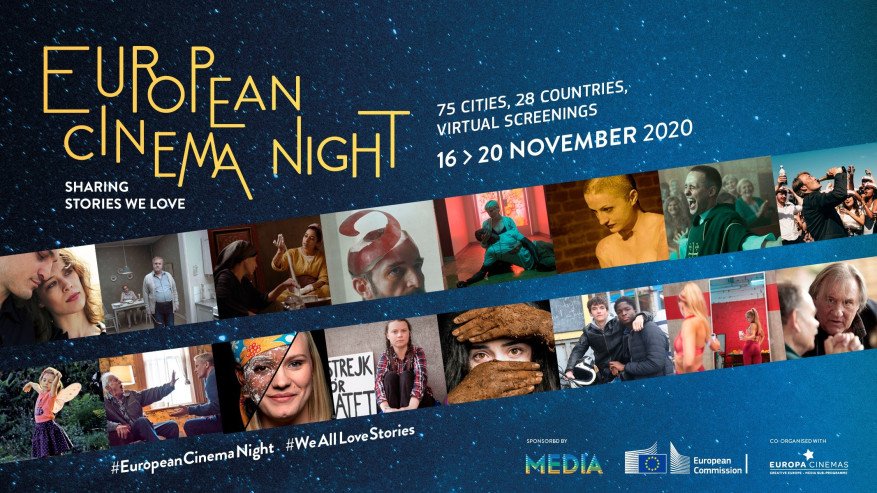 Over 70 Europa Cinemas members across Europe are taking part in this unique outreach event which aims to bring Europe closer to citizens and celebrate together the richness of European film culture.

This year’s edition, due to the current crisis, includes both physical screenings at the cinemas, and virtual screenings via online platforms, if the cinema is currently closed.

The European Cinema Night is part of the European Commission “going local” communication campaign which aims to bringing EU policies closer to citizens’ everyday lives, showing how European policy is linked to their lives and how, by attending a locally-grounded event, they can be part of a globally-connected experience across Europe.
In this case, the ECN aims to strengthen their shared European identity rooted in their cultural diversity and values by involving and connecting cinemagoers in many cities across Europe.

At the same time it is a great opportunity to celebrate the richness and cultural diversity of European cinema and raise public awareness of how MEDIA supports Europe’s film industry and culture.

During the European Cinema Night, each cinema participating will choose and screen a European non national MEDIA-supported film, of course with free admission, and create a debate around the movie and the European Commission’s support for the film.

To have more information and know the European Cinema Night film theatres, here the link.