The ESFF screens 8 nights of short film every Autumn at cinemas across Edinburgh, featuring the best International, UK & Scottish short films from drama to documentary, comedy to animation, experimental to web series.

But get your skates on – The FINAL Deadline is Monday June 25th!
https://www.edinburghshortfilmfestival.com/call-for-entries/ 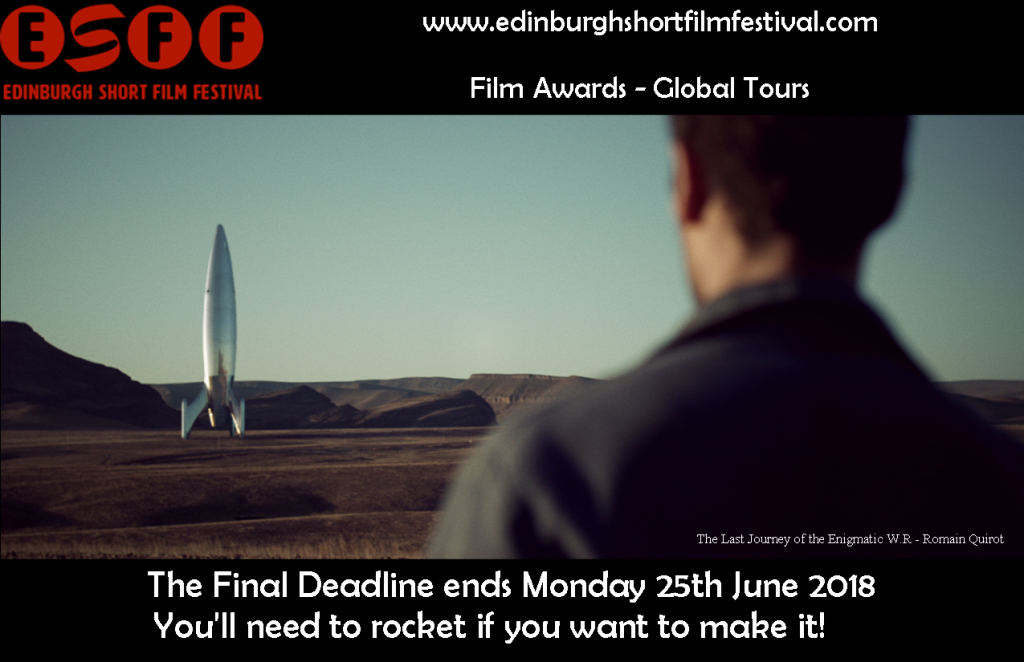