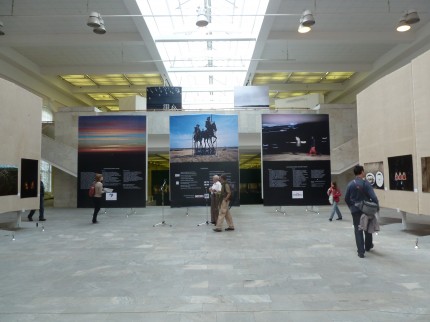 For the first time in St. Petersburg, the cultural capital of Russia,  Italy and Spain presented some of their most important artists of contemporary photography – more than 80 authors for a total of over 1.000 works. The event have been supported by the Committee for Culture of St. Petersburg, the Consulate General of the Italian Republic, the Consulate General of Spain, the Russian Union of Art Photographers and took place in the stately neoclassic scenery of the Manage, the city’s main exhibition center. The exhibition took place from 9 to 30 September 2011 and included the presence of fine art photographers like Franco Donaggio, John Pepper and Rudy Pessina.

The Retrospective Section, based on rare and unique photographs from Russian and foreign archives, revealed famous and unknown, current and forgotten pages in history of Italy and Spain as well as the stories of relationships between our countries.

The Modern Photography section included works of very various genres and techniques, with different use of digital tools.

By taking photographs in the streets of modern cities, Alessandro Cirillo is far from life scenes documentation. He creates some sort of image-visions that remind scenic paintings by Edward Hopper. The main character of Cirillo’s works is the light flickering in the mysterious darkness of the city streets in the middle of the night dissolving viscous density of colors.
Gabriele Croppi also tends to philosophy of Edward Hopper and Giorgio de Chirico in his oeuvre. Streets and squares shot by the author carry portrait characteristics and soak up timeless eternity, which fills those urban landscapes with some metaphysical sense.
On the contrary the urban photographs by Franco Donaggio were created in a single burst of expressive feeling. A modern city for the master is in metal constructions, dynamics of sharp lines and forms and vivid contrasts of color which reminds of paintings by Mario Cirone. The photography of Rudy Pessina, evocative and essential, use the black and white to investigate the matter and forms, enhance the play of light that draws the reality, to grasp the intangible mystery of human presence in relation to things and environments. We learn Sicily, the beauty of its landscapes, the flavor of local cities, temperament and behavior of its citizens through the works of Gabriele Lentini and Jonh Pepper.
Photos by Francesco Comello and Monica Bulaj dedicated to the life of Russian village are imbued with the mysticism. The Sakhalyn Island, the cities of the Russian North are represented in the works of Francesco Cito and Giuliana & Simone.

The contemporary Spanish photography is represented by mature and young artists from Barcelona and Madrid.
Life in Catalonia in 1960s – 1970s with its struggle for independence, political protests, demonstrations, feminist movements come to us from the works by Manel Armengol.
Small fishing village Baixamar as if “floats” out of Nuria Grass’ childhood memories. The same mysterious, severe, full of inner dramatic sense Spain rises to our view from the photos by Israel Arino.  In stark contrast are endless fests with their passions, fireworks of emotions, dances and bullfights captured in works by Jordi Cohen, Jordi Bernado, Cesar Ordonez.
Artistic experiments are demonstrated by young photographers Lucia Herero, Hassel 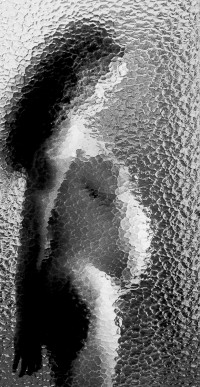 Y Grettel, Fausti Lucia and many others.

The competitive programme of the Photo Vernissage “Melody and passion of Mediterranean” is powered by the Russian Union of Art Photographers. This section contains works that won in two contest topics: “Italy, Spain through the eyes of Russian photographers” and “Surrealistic photography”.