The new event by The Trampery and Barbican Centre will deal with the possibility to speculate on space and its construction with technological tools.

A previous edition of Interfaces Monthly (IM092016: ‘A Matter of Materiality’) explored the spatial politics of materiality and immateriality. As an extension of this, IM052017: Speculative Societies will deal with the possibility to speculate on space and its construction with technological tools. Both individual logics and collective experience are affected by how we build, and intend to build, the world around us. Through biopolitical and architectural concerns, practitioners propose alternative narratives that encourage us to critique our lived realities, offer ideas for reform and imagine societies beyond our time. How can we use art and technology to invite a deeper look at the social interactions that underpin community formation? 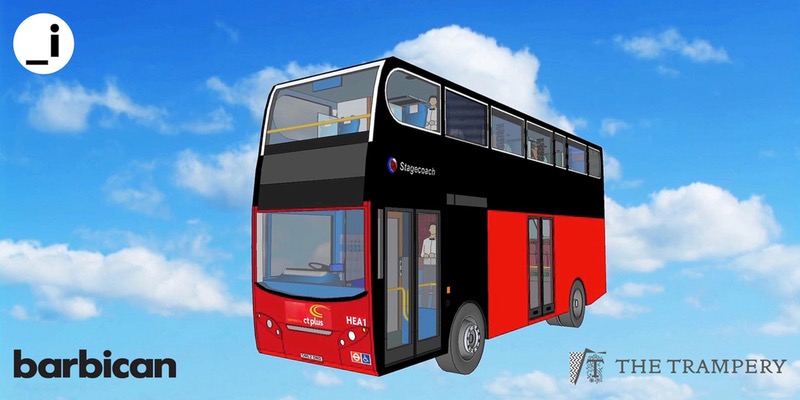 Max Colson is a London-based artist using photography and moving image to explore urban architecture and land development strategies. ‘Virtual Control: Security and the Urban Imagination’, his first solo exhibition, was hosted at the Royal Institute of British Architects (2015). His work has been featured in a range of publications across architecture, design and photography, including Icon (2015), Architecture Today (2015) and Hotshoe International (2013). He has exhibited in group shows across Europe including Showroom MAMA in Rotterdam (2016), Nooderlicht Photogallery in Groningen (2015) and C/O Berlin (2014). Formerly he was a Leverhulme artist in residence at UCL Urban Laboratory (2014-2015). He is currently an artist in residence at Arebyte Gallery in Hackney Wick, conducting research for a show in November 2017. He teaches on the MA Graphic Communication Design at Central Saint Martins, London.

Ling Tan is a designer, maker and software developer interested in how people interact with the built environment and wearable. Trained as an architect, she enjoys building physical machines and prototypes ranging from urban scale to wearable scale to explore different modes of interaction between people and their surrounding spaces. She is currently working at Umbrellium in London to understand social wearables through community participation, where she created WearON, and open source prototyping platform for wearables. She hosts wearable workshops to encourage people with limited coding skills to go beyond the boundary of what they perceive to be doable with their given skillsets. She has worked with museums such as Wits Art Museum, South Africa and Watermans Art Centre, UK. Her works have been exhiited in shows such as Utopian Bodies: Fashion Looks Forward (2015) and features in magazines and websites across the globe such as Dezeen, Wired and Fast Company.

Iain Ball is an Artist. His work explores speculative (both real and imagined) scenarios pertaining to weird cultural transformations which have manifest as the result of sudden spurts of rapid technological change and stewed within periods of stagnation and lament. His largely sculptural practice considers how interfaces, networks, environments, disruptive technologies and complex systems power-up and energise Art objects in new and strange ways. Recent solo shows include ‘Praseodymium’ at Cell Project Space, London UK (2016) and ‘ENERGY PANGEA + GOCH live’ at Future Gallery, Berlin (2015). His work has been featured in Art Monthly, The post internet Survival Guide, Rare Earth Exhibition Catalogue, and Sleep Magazine. He has an MFA in Sculpturefrom the Slade School of Fine Art (2015).

Valinia Svoronou is an artist based in London and Athens. She works across different forms of media including video, sculpture, poetry, textual and installation work in order to explore fiction in terms of tropes, means and affective modes of presenting narrative within charged geotechnological landscapes which have existed in the past, present or are part of a speculative future. Recent shows include ‘The glow pt 2, gravity regimes’, a solo exhibition in Berlin curated by Rachel Walker, at Frankfurt am Main, ‘The Equilibrists’, a group show co-organised by the New Museum and the Deste Foundation, Athens. Her work has also been shown at the Showroom Gallery and Assembly Point among other spaces in London. Her work has been featured in Berlin Art Link, Frieze, DIS magazine and Vice. She has an MFA in Sculpture from the Slade School of Fine Art (2015).