The Glasgow School of Art is still accepting applicants for its MsC in International Heritage Visualisation in 2015/2016! Want to learn more about these technologies and their applications and be part of the future of how we understand our past? The Glasgow School of Art offers an MSc in International Heritage Visualisation which will equip you with practical experience and knowledge of the latest digital technologies and their current use in the field of cultural heritage, digital humanities, archaeology, conservation, tourism and digital design. END_OF_DOCUMENT_TOKEN_TO_BE_REPLACED

From April 23 to August 30, 2015, Fondazione Sandretto Re Rebaudengo presents “Emissary in the Squat of Gods”, a solo exhibition of Ian Cheng, curated by Hans Ulrich Obrist, Director of London’s Serpentine Galleries. In Cheng’s art, the protagonist is technology, viewed as the product of the natural evolution of human nature, which today has the power to modify our bodies as well as our perceptual abilities. His works are “something that’s in-between the genre of a video game and the genre of a movie…it’s kind of like a living story” END_OF_DOCUMENT_TOKEN_TO_BE_REPLACED 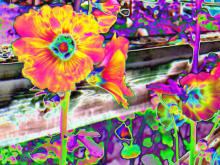 The next JPEG (Joint Photographic Experts Group), MPEG (Moving Picture Experts Group) and VCEG (Video Coding Experts Group) meeting, hosted by the Poznań University of Technology, will take place in Warsaw on 22-26 June 2015, at the Marriott Hotel Warsaw. The groups are in charge of the development of international standards for still image coding, video coding and compression, decompression, processing and coded representation of moving pictures plus audio. END_OF_DOCUMENT_TOKEN_TO_BE_REPLACED

In Pisa, a 3-days event including an opening workshop, where videogames veterans, people with decades of expertise in the field, as well as young students who just started a BSc in Computer Science or Arts (or any other faculty of course) met and accepted the challenge of creating a videogame in 48 hours. END_OF_DOCUMENT_TOKEN_TO_BE_REPLACED 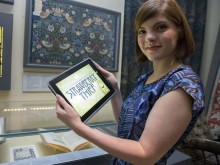 computer games are more and more aknowledged as an artistic and creative medium
A famous painting inspires a videogame: nice initiative of Victoria&Albert Museum

“This project at the V&A has opened my eyes up to the possibilities of what games design can show. I am keen to look at more work by other famous British artists and designers and see what kinds of games can arise!” says the game designer Sophia George in the V&A blog. END_OF_DOCUMENT_TOKEN_TO_BE_REPLACED 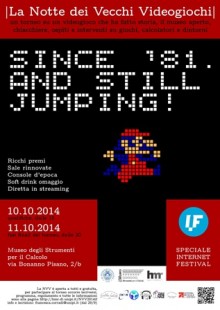 On occasion of the Internet Festival in Pisa, the Museum of Computational Tools hosted The Old Videogames’ Night, during which the citizens competed in an old Eighties’ videogame. What? Try to guess!!! The successful event started in the afternoon of Friday and concluded at Midnight on Saturday 11 October, with the prizegiving. With the occasion, the museum set up an exhibition of old consoles, for telling the story of the home videogames until the Nintendo, protagonist of this edition of the Old Videogames’ Night. END_OF_DOCUMENT_TOKEN_TO_BE_REPLACED 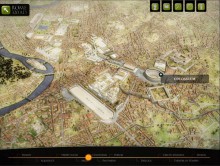 On the 23 September 2014, after 2000 years from Augustus death, 13 countries met in Rome, Amsterdam, Alexandria and Sarajevo, for the opening of an extraordinary exhibition, Keys to Rome: an original interactive journey to discover the city of Augustus and the Roman Empire, seen and experienced from its four corners, four fascinating venues, four cities on Roman culture. END_OF_DOCUMENT_TOKEN_TO_BE_REPLACED

Research tells us that most of the Ancient Monuments were depicted and colourful; can you imagine them? Video mapping and lighting technologies arrived to help our imagination, enriching the visitor’s experience while ensuring that this reconstruction does not physically affects the monument.
END_OF_DOCUMENT_TOKEN_TO_BE_REPLACED