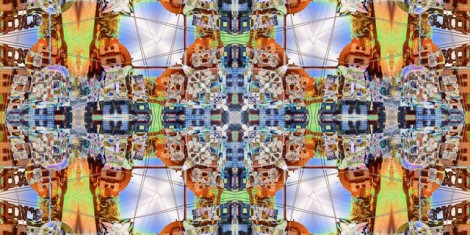 ‘Digital painter’ James Stanford is known for his complex photomontages of Las Vegas landmarks and neon signs. Combining traditional photography with innovative digital technology, he layers original photographs to reimagine them as rich digital mosaics. Inspired by the Bauhaus movement, Stanford’s abstract style features bold colours and mesmerising visual networks. Often printed as backlit lenticulars, his illuminated works move with the viewer’s gaze and take on a shimmering life of their own. 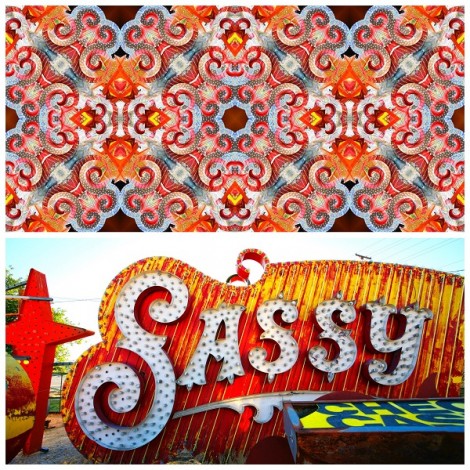 Stanford is concerned with transformative possibilities and artistic expressions of spirituality. For Stanford, his artistic process is akin to meditation. Drawing on the ancient traditions of Buddhism, he conceives of his montages as “modern mandalas” – maps towards inner zen. As such, Stanford can be said to explore physical environments, such as the enchanting Mojave Desert, in order to unlock psychological landscapes. By transforming reality into imagined realms, his works enact forms of interconnectedness. 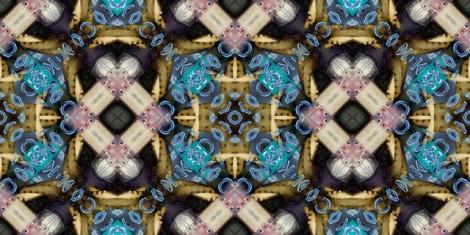 Stanford’s exhibition is the second exhibition in a series of popups curated by Laura Henkel of ArtCulture PR at the Soho Lofts in Las Vegas. Stanford was rotating backlit lenticulars that were visible from the street at all hours of the day, but that were particularly impressive in the darker hours of the evening. Works included So Fabrish Old Tropicana (54×54 inches) and Recombo Old Tropicana (54×54 inches).

The exhibition follows on from the success of Stanford’s recent exhibitions, most notably his solo show in Las Vegas and his recent showing at the Sculpture Objects Functional Art and Design Fair, the premier gallery art fair dedicated to three-dimensional art and design in Chicago, via Melissa Morgan Fine Art of Coachella Valley in Southern California. 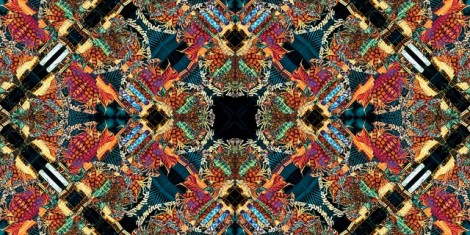 An international exhibiting artist, James Stanford studied painting at the University of Washington (MFA) and the University of Nevada Las Vegas (UNLV) (BFA) and also practices photography, digital illustration and drawing. Dedicated to creativity and the fine arts, he has taught at UNLV and UW, established the Smallworks Gallery/Lost Vegas, and curated exhibitions at various venues, including the Las Vegas Contemporary Arts Center. Stanford also served as the Arts Commission Chairman of the City of Las Vegas and later President of the Las Vegas Contemporary Arts Center. Stanford’s recent exhibition at Asia Art in London and the release of his book, Shimmering Zen, at The London Library, and in Las Vegas, have pushed him to create new and innovative art. Due to the success of Shimmering Zen, he has further broadened the scope Smallworks Press, a small publishing company specializing in books on arts and culture. He currently lives and works in Las Vegas.