The presentation of the works of art will be random at Nasdaq site, lasting several minutes in each session.

Since July 19, 2017 until December 31, 2017 will be shown art from Santiago Ribeiro at Times Square Nasdaq OMX Group, New York city. 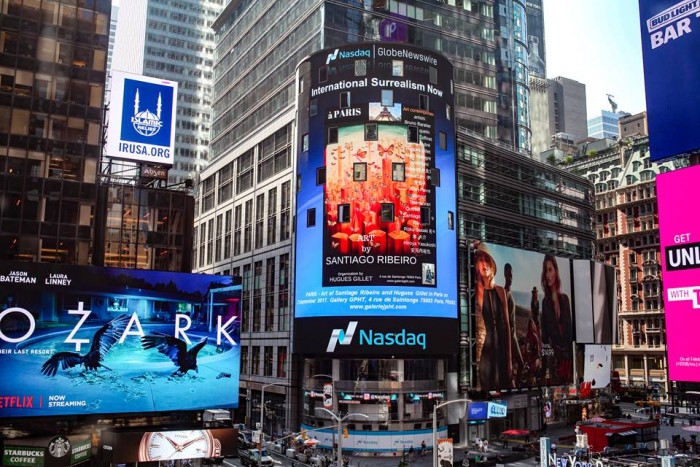 The presentation of the works of art will be random, lasting several minutes in each session. 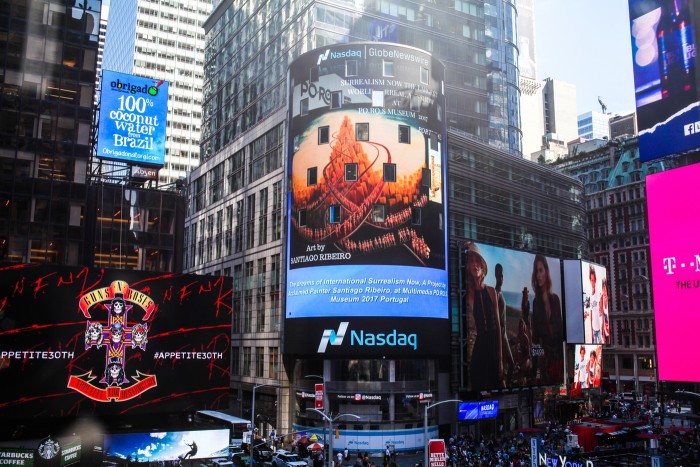