The next edition of CHNT (Cultural Heritage and New Technologies – www.chnt.at) will be organized in cooperation with the EG GCH (Eurographics Symposium and Graphics Cultural Heritage) and  other partners (will be announced soon) in the City Hall of Vienna … END_OF_DOCUMENT_TOKEN_TO_BE_REPLACED 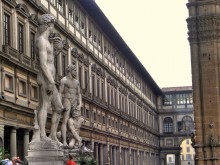 powered by Google Maps, it is a virtual tour of the entire museum that allows to fully immerse in the location and visualize the artpieces
Take a Virtual Tour of The Uffizi Gallery in Florence

from Openculture.com. The Uffizi Gallery in Florence doesn’t particularly need an introduction, seeing that it’s one of the most widely-visited museums in Italy, the home of great artistic works from the Renaissance. If you pay the Uffizi a visit, you can see Botticelli’s The Birth … END_OF_DOCUMENT_TOKEN_TO_BE_REPLACED 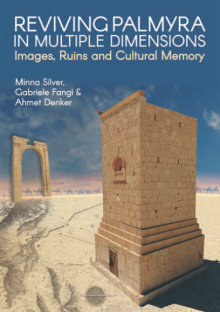 Reviving Palmyra in Multiple Dimensions, images, ruins and cultural memory is a book released in February 2018, by Minna Silver, Gabriele Fangi and Ahmet Denker.  This is a classic example of digital archaeology and virtual reconstruction and is a beacon … END_OF_DOCUMENT_TOKEN_TO_BE_REPLACED

Digital Mapping Artists transform the Montreal Cathedral into an immersive experience to merge art, design, spirituality and high-technology in a creative dialogue
AURA, a luminous experience in the heart of Montreal’s Notre-Dame Basilica

Aura is an immersive sound, light and video projection-mapping experience, staging in Montreal’s landmark Notre-Dame Basilica. The viewer is absorbed in a spectacle in which the Basilica’s grandiose architecture is enriched with a layer of augmented reality and spatialized orchestral … END_OF_DOCUMENT_TOKEN_TO_BE_REPLACED

A 3D digital re-creation and preservation of Bethel African Methodist Episcopal Church, the oldest African-American church in Indianapolis, was performed by Indiana University and recently presented to the public. Bethel AME Church has historically been the heart of the African … END_OF_DOCUMENT_TOKEN_TO_BE_REPLACED

Viewers will now have access to extremely high resolution images of the famous Ghent Altarpiece taken before, during, and after its conservation
Major Enhancements Unveiled On ‘Closer To Van Eyck’ Web Application

The Getty Foundation and the Royal Institute for Cultural Heritage (KIK-IRPA, Brussels) announced today the launch of major enhancements to the website ‘Closer to Van Eyck,’ which provides breathtaking details of one of the most important works of art in … END_OF_DOCUMENT_TOKEN_TO_BE_REPLACED 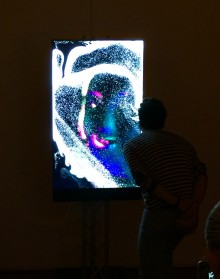 Featuring from October 11 to November 5, [B] Force is inspired by the ethereal aspect of dance
Roberto Fazio | [B] Force – interactive installation in Florence

The intensity of a dance resides in its weightless stream of movement and harmony, and in the single beat which connects one moment to the next. Dance has the power both to give meaning to time and to create the … END_OF_DOCUMENT_TOKEN_TO_BE_REPLACED

The original metal model is the first historical reconstruction of an entire city in three dimensions, and now it is going digital.
3D model – Relief Model of 1850 Geneva

The Relief Model of 1850 Geneva is a 30sm metallic model of the city when it was still enclosed by three rows of fortifications. The model was completed in 1896, after 18 years of study and labour, by a team … END_OF_DOCUMENT_TOKEN_TO_BE_REPLACED

The fourth edition of the TECHNOLOGYforALL Forum will be held in Rome from 17 to 19 October 2017. Italy’s role in the development and conservation of the world Heritage is a framework where we will try to analyse the weighted … END_OF_DOCUMENT_TOKEN_TO_BE_REPLACED