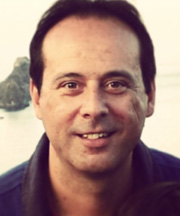 He graduated in 1992 and he developed valuable competences as IT manager and graphic designer. From 1999 to 2010, he was Chief of Information Technology Systems and Call Center in a SME. He is the Founder of company Calci.it, which carries out support to companies in the publishing area (particularly in graphic design and printing) and in tourism sector (Management of Tourism Information Offices and event). In this area, he is working in EC project called “I.T.E.RR COST” for the protection and promotion of the Romanesque heritage in the Mediterranean Area. He is concerned in business relationships with customers and development of new technologies associated with the press. He works in Promoter as webmaster and faciliting supporter to several European projects.