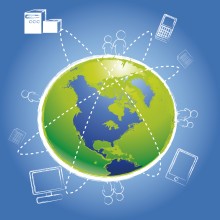 The Workshop will be a great opportunity to meet MSP members, procurement managers, policymakers and ICT suppliers to discuss how to effectively reduce lock-in by using Open Standards. Best practice examples have been carefully selected to match the needs and wants of all potential participants. END_OF_DOCUMENT_TOKEN_TO_BE_REPLACED

The 2015 edition of the Joint Conference on Digital Libraries will be held from June 21st to 25th, 2015 at the University of Tennessee Conference Center in Knoxville, Tennessee, USA. This year theme is “Large, Dynamic and Ubiquitous –The Era of the Digital Library”. END_OF_DOCUMENT_TOKEN_TO_BE_REPLACED

The International Conference on Digital Preservation (iPRES) is a series of conferences on digital preservation. Since 2004, iPRES conferences have been held on three continents. iPRES 2015 will be held in Chapel Hill, North Carolina, USA on November 2-6, 2015. It will be held at the William and Ida Friday Center for Continuing Education. END_OF_DOCUMENT_TOKEN_TO_BE_REPLACED

The RDA Fifth Plenary is taking place in San Diego, US from 9th – 11th March 2015 and is open to RDA members and the public, particularly individuals that share the core values of creating the building blocks of common data infrastructures that can bridge disciplinary activities under a community-driven and non-profit model. END_OF_DOCUMENT_TOKEN_TO_BE_REPLACED 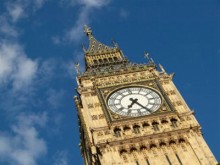 The 10th International Digital Curation Conference was held from Monday 9 February to Thursday 12 February 2015 in London. This year’s theme was “Ten years back, ten years forward: achievements, lessons and the future for digital curation”. END_OF_DOCUMENT_TOKEN_TO_BE_REPLACED

By Franklin BOUMDA M.
The CINES and its archiving platform PAC

Hosted by the Government of Malawi through the National Commission for Science and Technology, Supported by the European Commission and African Union Commission, IST-Africa 2015 will take place in Lilongwe from 05 – 08 May 2015. The scientific programme for IST-Africa 2015 is based on an open Call for Papers whose deadline is December 19th, 2014. END_OF_DOCUMENT_TOKEN_TO_BE_REPLACED

This symposium, organised by CODIGT and held in Karlsruhe on 14 November 2014 at the ZAK Centre, was devoted to the goal of raising societal awareness about the benefits of archives and archiving in the digital domain. Politicians, the public and society at large should be made aware that archiving will remain a general task in which each person can play a role. Against the backdrop of primarily economic debates, the already conspicuous consequences of the lack of digital archiving of the cultural heritage are often ignored. END_OF_DOCUMENT_TOKEN_TO_BE_REPLACED

The International Image Interoperability Framework community is hosting a one day information sharing event at the British Library on Monday 20th  October 2014 about the use of images in and across Cultural Heritage institutions. The day will focus on how museums, … END_OF_DOCUMENT_TOKEN_TO_BE_REPLACED