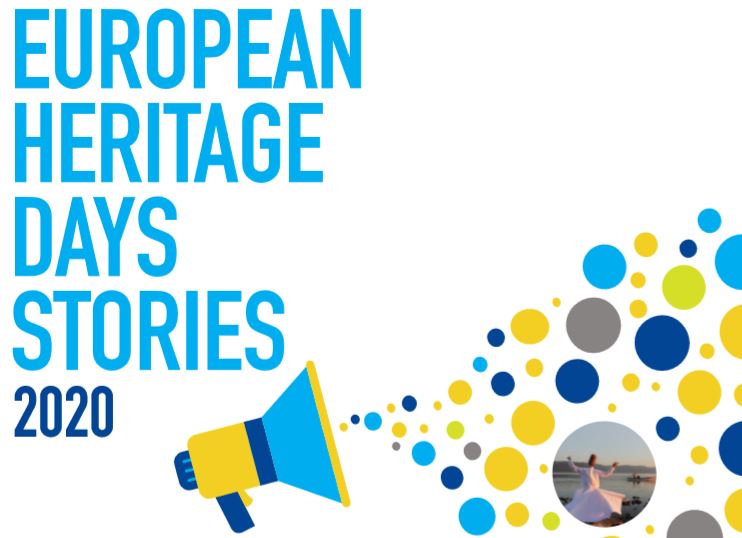 The Call was launched on February 2020 and it adress to communities that have past or existing “Stories” of European heritage and would like to share them. As a second phase, these stories could potentially develop into a speciﬁc project to further contribute to their communities.

In the last few days the selected stories that have been nominated to receive a grant were published:
A Hidden Gem in Slovenia – Franja Partisan Hospital – Slovenia
The partisan hospital, built during the World War II in a remote gorge in the Cerkno region in western Slovenia, tells the story of courage, humanity and solidarity.

‘Little Portugal’ Street Party – A Celebration of Great Yarmouth Migrant History – UK
A story of regeneration in one of the most deprived areas of the UK, where the arrival and growth of Portuguese migrant workers, over the last 20 years, has produced the transformation of the historic ‘King Street’ area of Great Yarmouth in unique neighbourhood.

Commonlands: a history of community participation – Italy
A story of communities involving in the Cultural Community Mapping in Alpine Areas to co-design and manag cultural and touristic initiatives, enhancing local tangible and intangible heritage.

CVAR: A route to our shared cultural heritage – Cyprus
The story of the Centre of Visual Arts and Research in Nicosia, with the mission to make use of cultural heritage as a resource for promoting cross-cultural understanding, bringing communities together, discovering and embracing cultural diversity from the past to the present.

RomArchive – The Digital Archive of the Roma – Germany
This archive collects objects and narrativesto show the richness of the arts and cultures of the Sinti and Roma and illustrates their contribution to European cultural history.

A tale of a river – Spain
Stories of life by the Asón river, the bonds between the elements of heritage left by the river, the personal stories and shared history

Home for Cooperation – an unsuspected space in-between, breathes hope – Cyprus
The story of how the conservation a building of shared cultural heritage can provide the ground on which communities can build on, learn, cooperate, imagine and create together new possibilities.

Drainspotting – A European Story, Made in Sheffield – UK
A story of how a city developed, how its citizens were protected from disease and how a hidden network of pipes, culverts and wires connects all of them.

One name, one life, one sign – Georgia
Georgia project is a public initiative aimed at preserving the memory of victims of political repression and state arbitrariness during the years of the Soviet regime in Georgia.