During Euromed 2016 conference in Nicosia (Cyprus)

Digitization has been a major objective for most, if not all, cultural content holders in every European country. Museums, Librarie, Galleries, arts organisations and also private archives have completed significant digitization actions, also with the support of EU financing, so that now the amount of digitized cultural heritage in Europe is really impressive.

Further progressing with digitization, which should be extended also to minor collections, archives and private citizens, requires us to understand how digital cultural data can be re-used in novel ways, in order to leverage on this wealth of digital resources to improve citizens’ participation, access and enjoyment of cultural heritage and also to unlock the business potential that lies within it.

Enjoy a collection of photographs, courtesy of the Digital Heritage Research Lab at CUT, from the EuroMed conference. More are available in their Facebook page

This panel, organized by the Europeana Space project and involving the most notable EU projects and initiatives dealing with digitized cultural heritage, intended to showcase different approaches, examples and best practice of reuse for digital cultural data, and to assess their impact in terms of enlarging citizen participation, developing advanced tools and resources for educational purposes, and for creating new businesses and job opportunities.

Relevant speakers from the key institutions in Europe, which are involved in the scenario of digital cultural heritage, illustrated experiences of content reuse that exploit digital technologies to foster societal progress and also economic rewards. The panel was a great occasion for sharing knowledge and networking with cultural managers, ICT experts, researchers, creative industries, service providers and other EU projects. 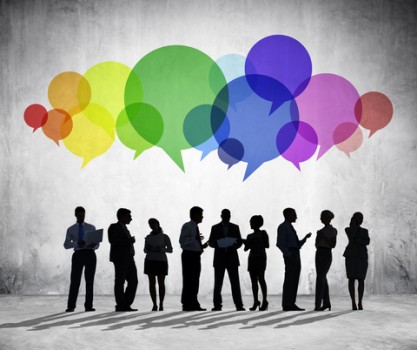 Europeana Fashion: International non-profit organisation established after the conclusion of Europeana Fashion project in order to bring together and engage fashion institutions and creative industries in the valorisation and exploitation of fashion heritage online. http://www.europeanafashion.eu

EU ScreenXL: this project includes organisations and archives who agreed to work together on providing access to their audiovisual materials sharing more than 40.000 videos, photographs and articles representing Europe’s television heritage have been made available online through a freely accessible multilingual portal. http://www.euscreen.eu

ENERGIC OD: European NEtwork for Redistributing Geospatial Information to user Communities Open Data address obstacles for effective uptake and exploitation of geographic information, proposing a broker architectural approach where specific components (the brokers) perform all interoperability actions required to interconnect heterogeneous systems. ENERGIC OD applications and newly developed Virtual Hubs optimize the exploitation of geospatial Open Data for new marketable services of concrete use to the citizens and to stakeholders for more informed decision making. GeoPan Atl@s APP (developed by POLIMI) provides a facilitated access based on metadata to historical cartographic archives and enables the analysis of built environment and built heritage in relationship with the current landscape, archeo-landscapes and changes of ancient river beds.  http://www.energic-od.eu/

Europeana Sounds: this a Best Practice Network, focused on opening the gateway to Europe’s sound and music heritage making it accessible online. http://www.europeanasounds.eu/

The Disruptive Media Learning Lab is a hybrid innovation practice and research unit.  It instigates and supports open dialogues, promoting collaborative work and exploratory play for all interested in (re)defining the future of learning, and the university, in the age of disruptive media.

Chair of the panel

Professor Sarah Whatley is Director of the Centre for Dance Research (C-DaRE) at Coventry University, UK. Her research interests extend to dance and new technologies, intangible cultural heritage, somatic dance practice and pedagogy, dance documentation, and inclusive dance practice; she has published widely on these themes. Funded by the AHRC, European Commission, Leverhulme Trust and Wellcome Trust, her current funded research projects focus on the creative reuse of digital cultural content, smart learning environments for dancers, reimagining dance archives and dance documentation, the generative potential of error in dance and HCI, dance and disability, and dancer imagery.  She is coordinator of the EU-funded Europeana Space project. She is also founding Editor of the Journal of Dance and Somatic Practices and sits on the Editorial Boards of several other Journals.

He joined the Digital Insight Lab at AIT-Austrian Institute of Technology in 2010, working on Cultural Heritage and Digital Libraries projects. Within the scope of ASSETS for Europeana Project he served as technical coordinator. Afterwards he contributed to the realization of the Europeana Creative and Europeana Sounds projects, taking the role of project manager and lead developer. As member of Austrian Standardization Institute, Sergiu contributed to the development of ISO/IEC 23000-15 Multimedia Preservation Application Format standard. In 2016 he contributed as collaborator to development of W3C Web Annotations standard. Current research interests include semantic enrichments, text and content based information retrieval, recommender systems and artificial intelligence.

He is a member of staff of the Institute for Museum Research, State Museums in Berlin responsible to support museums in questions of digitisation and long term preservation of digital data. He is involved in digital preservation since 2004 when he joint the German competence network “nestor” as a representative of German museums. Inside the “nestor”-network he is heading a working group for “non-textual media”.

Adobe Education Leader, Visiting Fellow at the Centre for Excellence in Media Practice at Bournemouth University, Academic Board Member for Photography Studies College, Melbourne, Australia and Trustee for The Photographers’ Gallery, London. As a photographer he has been described as being part of an early generation of artists responsible for the emergence of a new school of photography which blurs the boundaries between the still and moving image. He has four publications: NEWFOTOSCAPES (2014), Crash (2009), (re)collect (2006) and Time|Motion (2003). He was awarded a Direct Fellowship of Royal Photographic Society (RPS), and a Fellowship of the Royal Society for the encouragement of Arts, Manufactures and Commerce (RSA), in recognition for his achievements in Photography and innovative educational practices.