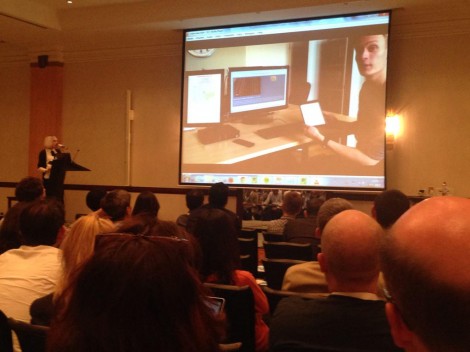 During the 2015 ACM TVX conference, hosted by the iMinds Digital Society Department, that took place on the 3rd – 5th of June at the Crown Plaza Hotel in Brussels the EuropeanaTV pilot of Europeana Space project was presented during the ‘Social experiences and awareness’ session in the TVX Industry track.

The crowd was interested to learn about the pilot prototypes, the different use cases and scenarios, and the future plans for user testing. Also the EuropeanaTV hackathon held the previous month at the Waag Society in Amsterdam was presented and the future hackathons were announced. 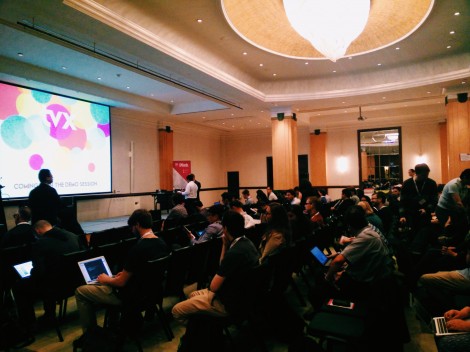 The Culture Derby concept developed by the Netherlands Institute for Sound and Vision got the audience to start using their smartphones and enjoy a cultural derby race – ensuring the ‘X’ in TVX was well represented during this talk!

The response to the pilot and other project activities was very positive. The ‘Rewind’ prototype app targeted at senior users definitely gets the attention of SmartTV producers interested in standalone apps to offer with their TVs.

The toolkit was well received by education professionals especially.

View the PowerPoint slides presented during the speech:

Questions or comments? Contact Kelly Mostert of the Netherlands Institute of Sound and Vision:
kmostert@beeldengeluid.nl – @kellymostert 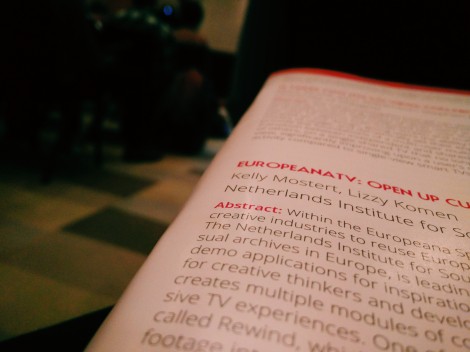