Digital skills have the same importance as English and Maths

At school children should be taught digital literacy alongside English and maths, UK report says 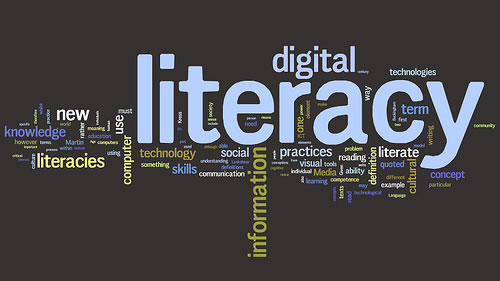 Children should be taught “digital literacy” as a core skill alongside maths and English, a report by a Committee on Digital Skills says. The Select Committee was appointed by the House of Lords on 12 June 2014 “to consider and report on information and communications technology, competitiveness and skills in the United Kingdom”. Computer technology brings “huge opportunities for the UK, but also significant risks”, the Committee warns. The internet should be viewed as a utility service, alongside water and electricity, it says. But without action, the UK may fall behind in the new digital era.

Among the key topics are the following:

The report says 35% of current jobs in the UK could be automated within 20 years. It urges an ambitious approach to secure the UK’s digital economy, with the government acting as the “conductor of the orchestra”, focusing on business and education. “We are at a tipping point,” it says. “Digital businesses can locate anywhere in the world, and if we fail to provide the right conditions for them to flourish in the UK, we will become a branch economy, much less prosperous and influential than we could be.” The impact of new digital technology is all encompassing—from public transport to agriculture and from household goods to financial services. Analysis of ‘Big Data’ is transforming healthcare and medicine, as well as consumer and public services. The 3D printing of organs assists surgeons, whilst robotic arms can be controlled by the mind. “We are becoming more reliant on technologies for personal use, from social media and entertainment, to older people and those with long-term conditions now able to monitor their health from home”, the report says.

A digital divide persists in the UK, with some six million citizens never having used the internet and 9.5 million lacking adequate digital skills, partly because they have been “poorly served at school”, the report warns. In particular, it says, a shortage of medium and high-level digital skills “needs immediate attention” if the UK is to remain globally competitive. It urges action at all levels of the “talent pipeline – primary, secondary, further and higher education”. “The combination of poor connectivity and limited ICT skills can lead to digital exclusion for many people. It can also (…) reduce access to public services and inhibit business growth”, the report says. In turn, rural areas may “lose their competitive advantage and be seen as less attractive places to do business”, it adds. The recent “Speak Up for Rural Scotland” consultation, after all, already highlighted broadband as the key issue, recognising broadband as a vital measure to support economic growth in rural areas.