Dance Hackathon, from Prague to London

The Dance Pilot tools, DanceSpaces and DancePro, were introduced to the participants to inspire new ideas concerning digital media and dance.

The EuropeanaSpace Dance Hackathon took place in Prague on the 21st and 22nd November.  Organised by CIANT, in collaboration with Coventry University and the Dance Pilot team, the event brought together dancers, choreographers, hackers, coders, scientists and artists to explore the creative reuse of Europeana and dance content. 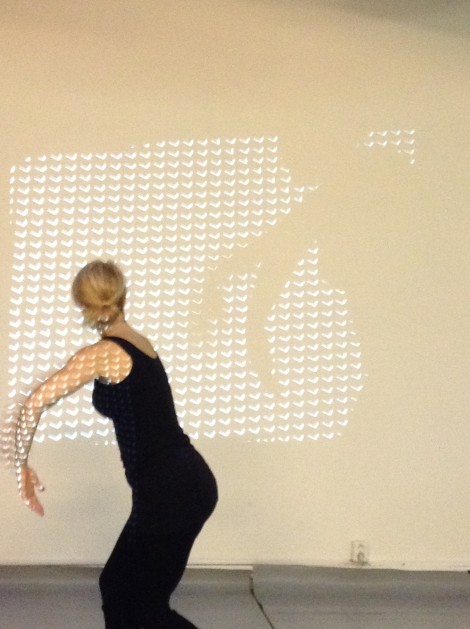 The Dance Pilot tools, DanceSpaces and DancePro, were introduced to the participants to inspire new ideas and show the potentials of digital media in the transmission, analysis and remixing of dance.  Participants were invited to develop new tools and ideas, competing to advance to the next round of the competition and attend – a business development workshop with Remix in London.

Eighteen participants worked in five teams, over an intense two-day period to develop a wide range of unique and exciting projects. Each group pitched regularly and received feedback from Simon Cronshaw, as well as the other hackathon ambassadors and participants. All of the groups responded well to the feedback and the ideas developed very quickly. The atmosphere was highly creative and focussed, with some participants working throughout the night!

The three winning teams proposed a range of ideas, involving measuring brain waves, the construction of virtual realities, and the use of interactive performance technologies. Each of these projects responded creatively to content on Europeana, highlighting the potential for creative reuse, and showed great scope for further development in the commercial and cultural sectors. We are all very excited to see what happens when the ideas are further developed in the new year!

Overall, this was a stimulating two days, which demonstrated the creative interactions that can arise from cross-disciplinary collaboration, and the exciting potentials of fusing dancing bodies, cultural content and digital media.