Cut&Paste: Dance Advocacy in the Age of Austerity, conference in Athens

The ESpace Dance Pilot was presented and disseminated to dance practitioners, scholars and artists attending the conference The ESpace Dance Pilot travelled to Athens, Greece early June 2015 to attend the Society of Dance History Scholars and Congress of Research in Dance conference. The title of the conference Cut & Paste: Dance Advocacy in the Age of Austerity, took place at the Hellenic Centre of International Theatre Institute and worked closely with the Association for Greek Choreographers. The theme of the 2015 joint SDHS/CORD conference in Athens aimed to address the issues surrounding dance advocacy both locally and internationally, but also to actually put that idea into practice by supporting a dance community hit especially hard by the global financial crisis. SDHS and CORD members are actively helping colleagues in Greece to affirm dance as scholarly endeavor as well as a professional occupation.

From June 4th to June 7th, the Dance Pilot engaged with the international dance community and disseminated the Europeana Space Project and its pilot activities. The pilot also presented a paper titled “Cultural Value and the transactable nature of dance” where the Europeana Space Project was discussed and the ways in which we access and transmit dance to the wider dance community, was explored. A fruitful discussion around imaginative things that dance content might suggest and the alternative  modes for ascribing value to dance, was debated. Other dance practitioners, scholars and artists not only received the pilot’s work well, but were excited to learn more about the tools being developed. 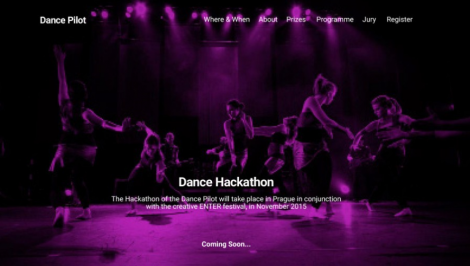 Cultural value and the transactable nature of dance

Abstract: This presentation will discuss Europeana Space; a project concerned with creating new opportunities for employment and economic growth within the creative and cultural industries based on Europe’s digital cultural resources, much of which can be accessed via Europeana. Partners from across Europe, including Greece, are exploring new ways to think about methods for ‘monetizing’ cultural heritage. Our work in dance is exploring way to access and transmit dance in new ways for dance practitioners, students, teachers and audiences.  It will examine the extent to which doing imaginative things with dance content might suggest alternative modes for ascribing value to dance.

Bio: Sarah Whatley is Professor of Dance and Director of the Centre for Dance Research (C-DaRE) at Coventry University. Her research interests include dance and new technologies, dance analysis, somatic dance practice and pedagogy, and inclusive dance practices. Her research is funded by the AHRC, Leverhulme Trust and the European Commission. She is Editor of the Journal of Dance and Somatic Practices and sits on the Editorial Boards of several other Journals.